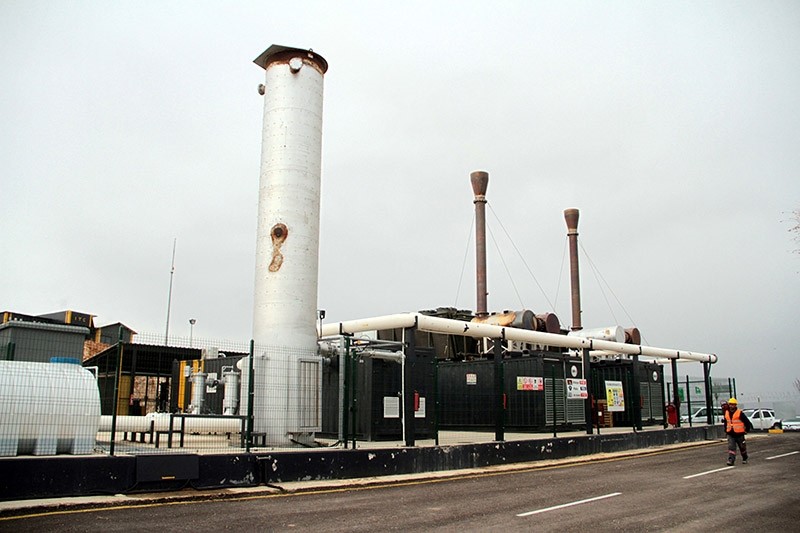 A new power plant located in eastern Turkey's Elazığ, which started to operate in December 2015, is able to meet the energy demands of 10,000 households daily using waste from landfills.

The plant, which is located close to Çöteli village, collects household waste from Elazığ province itself as well as the Pertek, Hozat and Çemişgezek districts of neighboring Tunceli province and uses the landfill gas which is emitted from decomposing garbage to produce electricity

Mayor Mücahit Yanılmaz told Anadolu Agency that this kind of power plant was invented in developed countries out of concern for the environment and that it secured the supply of energy while also removing the problem of methane gas released from waste dumps and the concurrent risk of explosions.

Additionaly, the plant circumvents the issue of carbon emissions as a byproduct of energy-generation. Yanılmaz added that this type of power plant was becoming more popular all over the world.

The power plant in Elazığ province processes 300-400 tons of waste daily and in 2016 had an approximate energy output of 15 million kilowatts. Using the figure of 28 million tons of waste collected in Turkey in 2014 (as indicated by the Turkish Statistical Institute) and according to calculations made on this basis, Yanılmaz stated that Turkey could meet the energy needs of about two million households per day by power production through biogas.