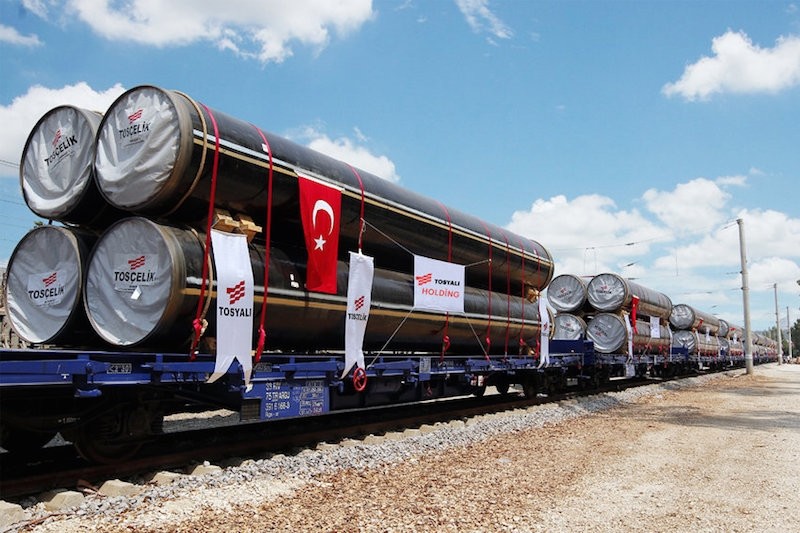 Once the Southern Gas Corridor has been commissioned, other gas sources including those from Turkmenistan can benefit from transfer to other markets via Turkey, the head of the transit petroleum pipelines department at Turkey's Ministry of Energy and Natural Resources said Tuesday.

He added that Turkey also uses LNG and the country's domestic natural gas consumption is expected to be around 50 to 60 billion cubic meters (bcm) from 2020 onwards.

To meet this demand, Turkey is actively seeking diversification of sources through various projects including those of the Southern Gas Corridor whose value chain is $45 billion.

The Southern Gas Corridor projects plan to bring natural gas from the Caspian Sea to Europe.

As much as 72 percent of TANAP's construction has already been completed, and once the Southern Gas Corridor is commissioned, Turkmenistan will be able to access other markets, he said.

According to Muratoğlu, the TurkStream project is high on the agenda of the Russian Federation and Turkey.

"The project consists of four sections, two offshore and two onshore lines. For European deliveries, there should be gas sales and purchase agreements which are yet to be achieved," he noted.

Although no agreements have been made between Turkey, Turkmenistan, Azerbaijan and EU on the delivery of Turkmen gas to Europe, discussions are ongoing to this end.

"Discussions and negotiations between the parties have been continuing for some time. So far no concrete outcome has been achieved but we are hopeful," he said.

He also affirmed that the Eastern Mediterranean is an emerging energy source in the world.

"We think that if a holistic approach is followed here, Eastern Mediterranean gas has the potential to supply gas to both Turkey and Europe," he concluded.