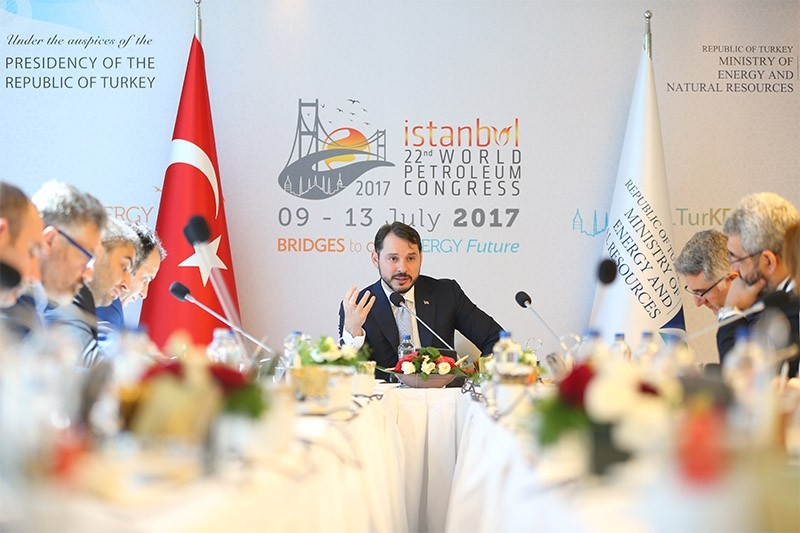 Turkey will not accept Greek Cypriots' unilateral actions and will take a more active role in the Mediterranean, Energy Minister Berat Albayrak said Friday, as he criticized the Greek Cypriot administration for restarting drilling studies for natural gas.

"You cannot try to give orders and take action as you like in the region" Albayrak said, adding that it is not possible for Turkey to accept such provocation.

Albayrak noted that from now on, Turkey will play a more active role in the Mediterranean as it has finished searching in Gazimağusa (also known as Famagusta), and will now turn to Güzelyurt (also known as Morphou for exploration.

The Greek-Administered South Cyprus's attempt at restarting its drilling studies for natural gas in the Eastern Mediterranean has raised tensions in the region.

The West Capella ship has gone to Cyprus to about to do drilling studies in the 11th Division on behalf of the French energy company Total and the Italian Eni.

Albayrak said that Turkey has also had meetings with some of these firms that are doing exploration activities.

The minister also provided information on his meeting during congress with Israel's Energy Minister Yuval Steinitz on the plans to come up with an agreement to construct a pipeline with Turkey.

"We have three considerations for us to be a partner, an interlocutor for any international, regional energy project" Albayrak said, noting that the project should benefit all sides, contribute to the regional and global energy supply and security and add to regional and global peace and friendship.