With $15.7B energy investments over 10 years, Turkey eyes more FDI with international projects 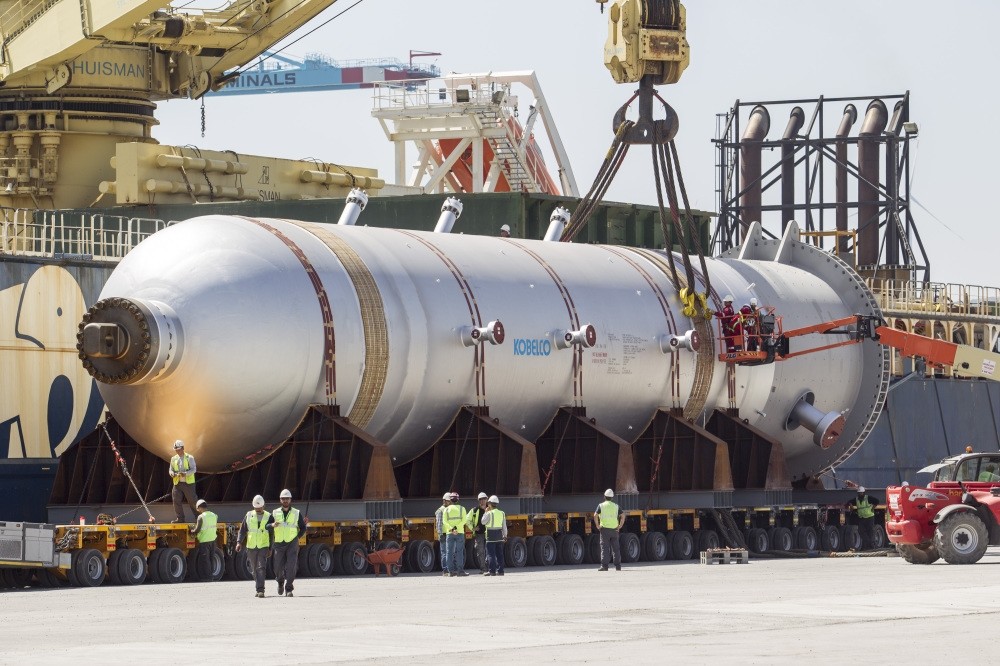 With $15.7B energy investments over 10 years, Turkey eyes more FDI with international projects

Over the last 10 years, the Turkish economy has marked a period of intense mobilization of every means to boost the flow of foreign direct investments (FDI) into the country. To that end, for instance, the government founded the Investment Support and Promotion Agency of Turkey (ISPAT), the official organization for promoting Turkey's investment opportunities to the global business community and for providing assistance to investors before, during, and after their entry into Turkey, in 2006. However, this fierce determination relied on a strong economic performance with surging exports, industrial production, and an average growth rate of more than 5 percent during the last ten years.

During the period, $145 billion of FDI came to Turkey from Europe, Asia, the Middle East and the U.S., according to data obtained from the Economy Ministry and the Central Bank of the Republic of Turkey (CBRT). Approximately 10 percent of this amount went to the energy sector, which ranks third in terms of investment-drawing sectors in the said period. Following the manufacturing and finance sectors, which respectively drew $38.4 billion and $29.7 billion, energy investments from international companies amounted to $15.7 billion during the period of 2006-2016.

The year 2016 was one of the most tumultuous in Turkish political history, when the country witnessed a failed coup on July 15. The coup attempt, which was successfully thwarted by the Turkish people who took to the streets of the country, might have led to extreme anxiety, especially among foreign investors. The Turkish government and businesspeople started focusing on the economy and taking measures to counter the potential economic repercussions of the coup attempt. As a result of these efforts, the economy attracted some $12.3 billion in FDI last year and $740 million came from energy investments, with energy once more becoming the third sector to receive the largest amount of foreign investments.

When looking at the sectoral distribution of projects that have been launched by international firms, energy ranks second with $1.7 billion and a share of 16.6 percent.

Energy projects and investments have also continued so far this year. Investment projects have included multifarious energy areas such as international natural gas pipeline projects and large-scaled solar and wind power plants with partnership between Turkish and international companies. Moreover, early this year, one of the largest oil distributors OMV Petrol Ofisi was sold to the Netherlands-based commodity and energy trading company Vitol Group.

After the announcement of the acquisition in early March, chairman and CEO Ian Taylor pointed to Turkey's strong economic performance and the growing demand for energy products, emphasizing that the Dutch company made a a strong investment in a growing market with the acquisition of Petrol Ofisi.

One of the largest energy investments of the last decade was made by the State Oil Company of Azerbaijan (SOCAR). Previously speaking to Daily Sabah and elaborating on SOCAR's natural gas, refinery and wind power investments in Turkey, which began when the company acquired the country's leading petrochemical company PETKİM in 2008 for $2 billion, Gahramanov emphasized that SOCAR's investment projects in Turkey address its future and energy security.

With $12.6 billion investments since 2008, the State Oil Company of Azerbaijan Republic (SOCAR) has proven to be Turkey's biggest energy-solution partner and the biggest international investor in the country. After the acquisition of PETKİM, the Azeri energy giant has accomplished large-scale projects, such as the SOCAR Turkey Aegean Refinery (STAR) on 590 acres of the Petkim Peninsula in İzmir. The company's investment will have exceeded $20 billion once the STAR is complete.

One of the largest oil operations in Europe, the Middle East and Africa, the STAR is Turkey's first private-sector founded refinery and has a total cost of $6 billion. A total of $3.29 billion of the cost will be covered by the project financing loans, whereas the remaining $2.4 billion will come from the company's capital.

The company is also a partner in the Trans-Anatolian Natural Gas Pipeline (TANAP), the most important chain of the southern gas corridor, which starts in the Azerbaijani capital, Baku, and ends in Italy.

In early February this year, World Bank allocated $400 million for Trans Anatolian Natural Gas Pipeline Project, to which Turkey is partner with Azerbaijan. The agreement for a $400-million loan issued by the World Bank to the Petroleum Pipeline Corporation (BOTAŞ) for the Trans-Anatolian Natural Gas Pipeline (TANAP) was signed by Cyril Muller, vice president of the World Bank's Europe and Central Asia region, and BOTAŞ General Manager Burhan Özcan.

The TANAP project aims to bring natural gas, produced from Azerbaijan's Shah Deniz-2 gas field and other areas of the Caspian Sea, primarily to Turkey, but also onto Europe via the Trans-Adriatic Pipeline (TAP).

The project is planned to be operational in 2018 with an initial capacity to carry 16 billion cubic meters (bcm) of Azeri gas through Georgia to Turkey. While 6 bcm will be for Turkey's domestic consumption, the rest is destined for transfer to Greece, Albania, and Italy and further into Europe.

Energy projects have continued with particular focus in renewable this year. In late March, a tender for the Karapınar YEKA (Renewable Energy Resource Areas) to be founded in the Central Anatolian city of Konya and a consortium led by Kalyon Energy and Hanwha Q Cells won the contract for the establishment and operation of a 1000-megawatt solar power plant. An estimated $1.3 billion will be invested in the project, Minister of Energy and Natural Resources Berat Albayrak informed.

Furthermore, another tender for the Wind Energy Renewable Energy Resource Area (YEKA) project was held in early August and a German-Turkish consortium consisting of Siemens Gamesa-Türkerler –Kalyon was awarded the contract for the 1,000 megawatt wind power plant to be established in different regions across Turkey. The project is estimated to cost around $1 billion.