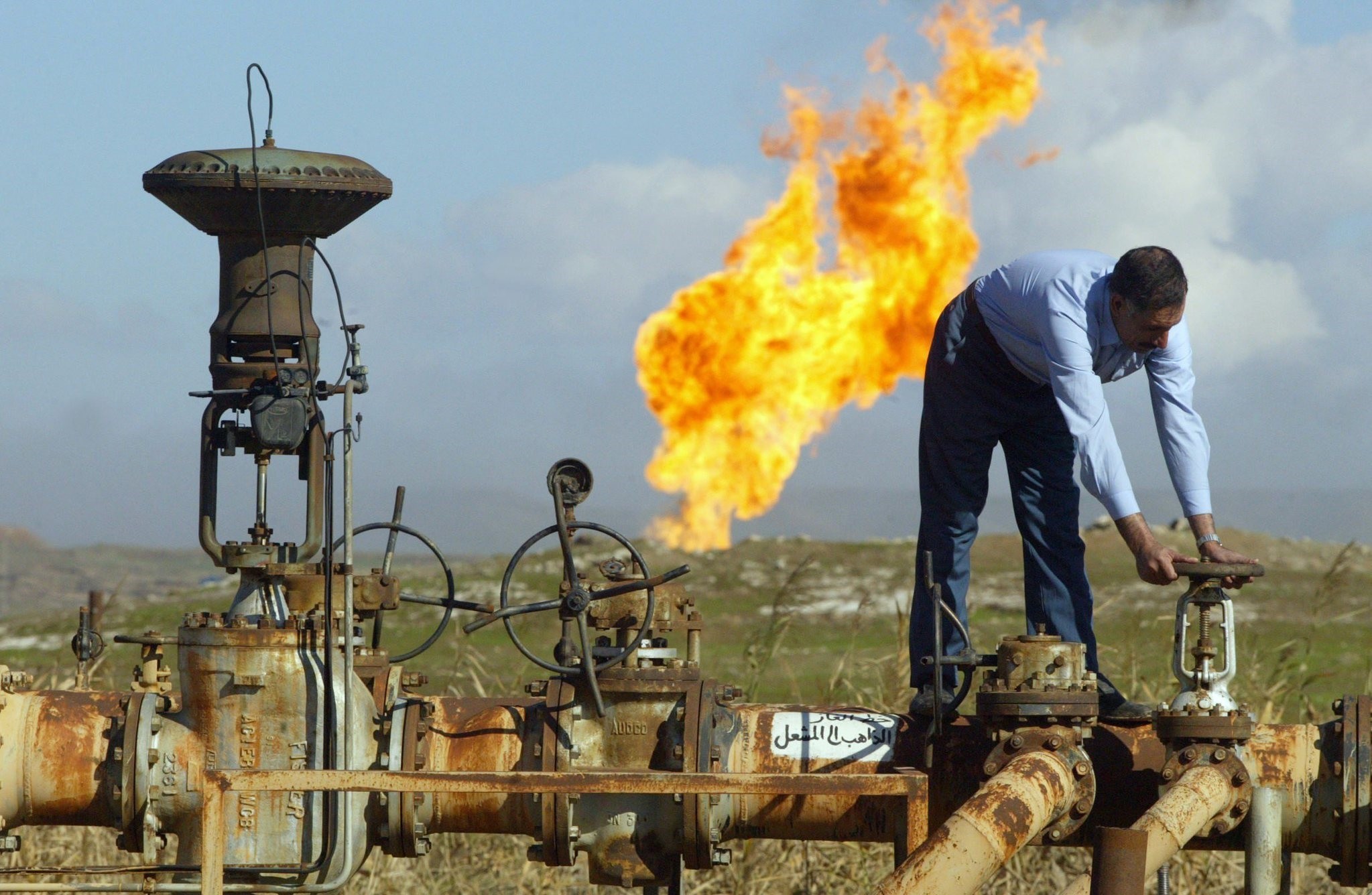 Iraq aims to double the output of oilfields in the northern province of Kirkuk retaken from the Kurdistan Regional Government (KRG) to one million barrels per day (bpd), Oil Minister Jabbar al-Luaybi said Monday.

"The priority is to resume oil exports from Kirkuk through the Iraqi-Turkish pipeline once it has been rehabilitated or replaced by a new one," he said on a visit to the fields claimed by both Baghdad and the Iraqi Kurds.

Almost a month after federal forces recaptured Kirkuk from the Kurds, production is still at a standstill at two of the province's oilfields and all exports have halted.

For now, 30,000 bpd will be shipped to Iran on tanker trucks, Luaybi said.

The aim is for "the fields and wells to be renovated, and our goal is to reach output of one million barrels per day", possibly with the help of British energy giant BP, he said.

Luaybi, making the first visit to the zone by an Iraqi oil minister since the US-led invasion of 2003, said Kirkuk's current production capacity was 420,000 bpd.

The KRG had taken over the fields in 2014 and exported to Turkey through their own pipeline. Work to renovate a parallel Iraqi pipeline could take two years, according to experts.

On Sept. 25, Iraqis in KRG-held areas – and in a number of disputed districts – voted on whether to declare independence from Iraq.

According to results announced by the KRG, nearly 93 percent of registered voters cast ballots in favor of independence.

The referendum faced sharp opposition from most regional and international actors, including the U.S., Turkey and Iran, which had warned that the poll would distract from Iraq's fight against terrorism and further destabilize the region.

In response to the referendum, Iraqi government forces and Iran-backed Hashd al-Shaabi militias launched an offensive on Oct. 16 to retaliate against the independence referendum in Iraqi Kurdistan.

A mainly bloodless advance by Iraqi forces saw them reclaim the entire oil-rich province of Kirkuk, stripping the KRG of a major chunk of its oil revenues and dealing a crippling blow to hopes for independence.