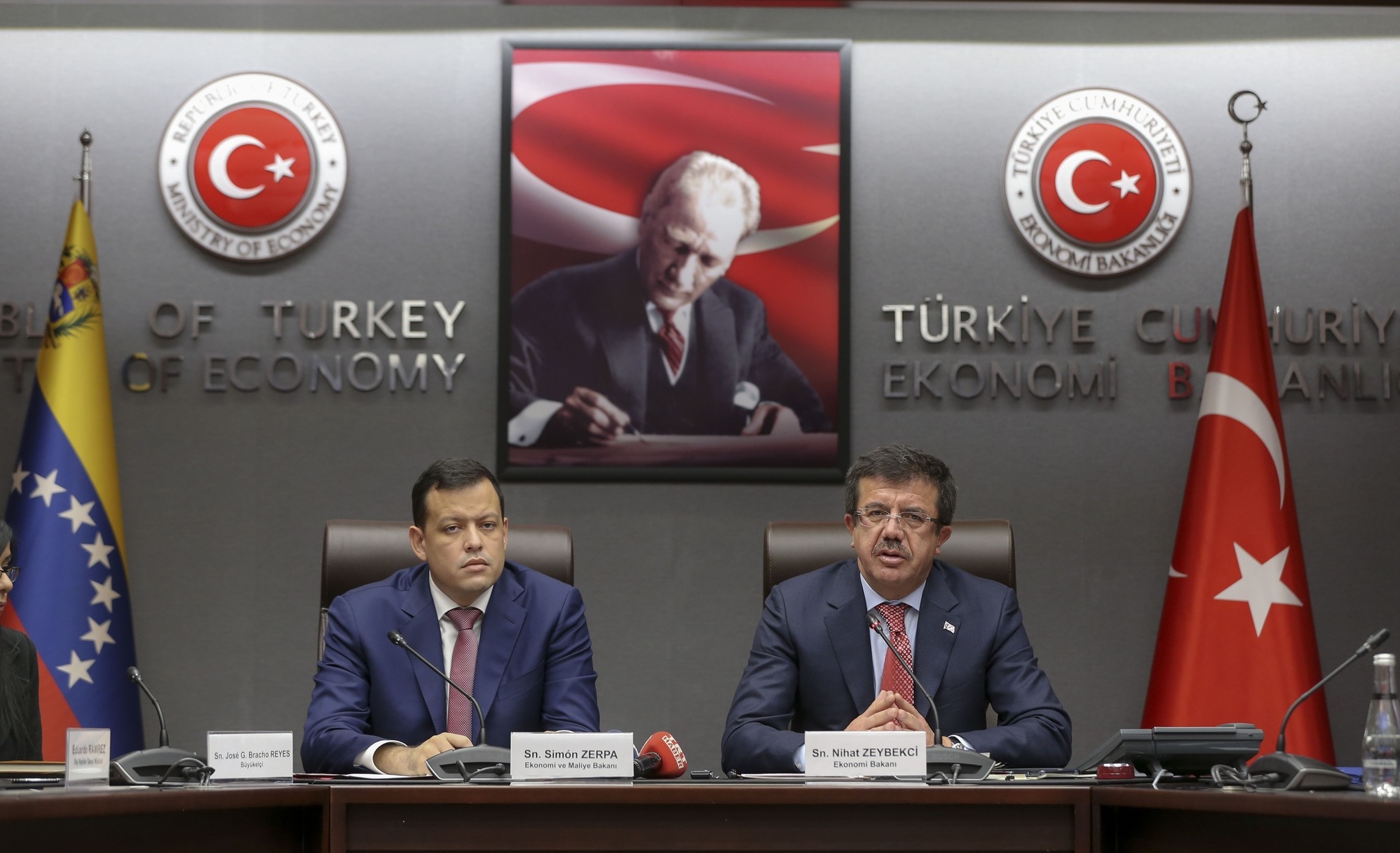 Venezuela's economy minister Tuesday visited the Turkish capital Ankara to discuss trade relations between the two countries, with a focus on petroleum.

"We are interested in Venezuela's entire production of petroleum products, petrochemicals and petroleum coke," said Turkey's Economy Minister Nihat Zeybekci at the meeting.

"We want to meet Turkey's needs [from that supply]."

Zeybekci met with his Venezuelan counterpart Simon Zerpa as part of an ongoing process to develop trade relations in line with goals set by President Recep Tayyip Erdoğan and Venezuelan President Nicolas Maduro, who met most recently on Oct. 6.

Tuesday's talks marked the third meeting in 45 days between the leaders of the two countries.

Zeybekci stressed that Turkey and Venezuela hope to expand commercial relations as much as possible in the first months of the new year to reach trade goals by the end of 2018.

"We promise we can come [to an agreement] quickly," said the minister. "By the end of January, the trade will be determined. [We will identify] what products we will buy, what the exchange will be, what we forecast for future trade volume."

"Our mutual trade volume has increased 100 percent during the 10-month period of this year, and at the beginning of 2018 we will produce a big picture [of future trade relations]," Zeybekci added, saying that he and Zerpa plan to meet again before the end of January.

Zerpa said Turkey and Venezuela are working to sign a second agreement on commercial relations.

"We want to establish a strategic partnership between the two countries that will last for the next hundred years," he said, adding that petroleum products made up the bulk of negotiations.

Zerpa also noted the importance of the deal in relation to Venezuela's efforts to revitalize its economy amid its ongoing foreign debt restructure.