OPEC to keep output cuts in place in second half of 2018, Saudi energy minister says 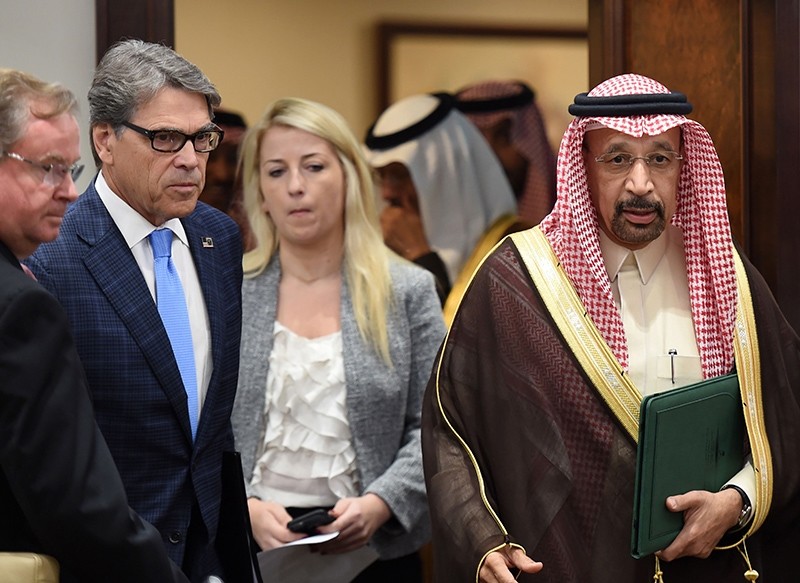 OPEC is expected to stick to its current policy of output cuts in the second half of 2018, but oil producers have plenty of supply with which to respond to any sudden disruptions, Saudi Arabian energy minister Khalid al-Falih told reporters Monday.

He was speaking after meeting with United States Energy Secretary Rick Perry, who said OPEC would make its own decisions and that he was comfortable the U.S. could work within those parameters.

Salih also invited U.S. firms to take part in developing Saudi Arabia's civilian nuclear power program, adding that the country was not interested in any way in diverting nuclear technology to military use.

Perry, in turn, said it would be premature to make statements about agreements with Saudi Arabia on nuclear cooperation.

The OPEC cartel and a group of allied oil-producing nations agreed Thursday to prolong crude output cuts until the end of next year, extending a policy that has led to a significant rise in the price of oil over the past year.

At the same time, the 24-nation alliance led by OPEC member Saudi Arabia and Russia gave notice that they stand ready to revisit the move, should price increases bring U.S. shale operators — who had suspended operations while crude was cheap — back into the market in force.