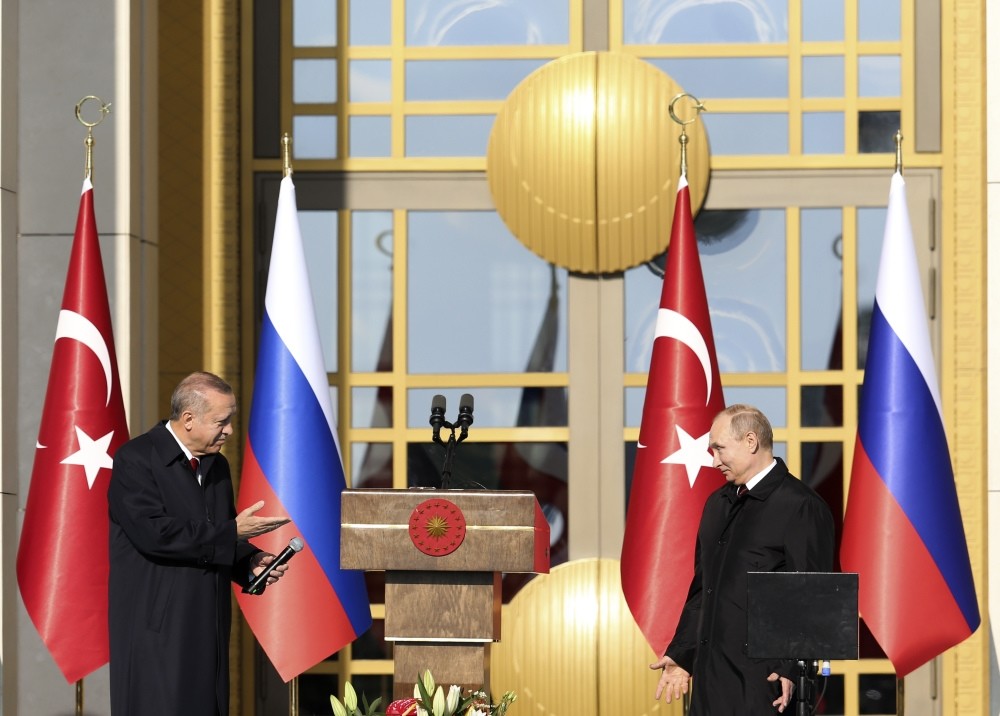 The construction of the Akkuyu Nuclear Power Plant started with a grand ceremony, with the participation of the Turkish and Russian presidents, marking the launch of a new nuclear sector in Turkey as well as a historical moment in bilateral ties

Turkey marked the beginning of a new era in its energy industry with the groundbreaking ceremony for the country's first nuclear power plant in Akkuyu, a district located in the southern Mediterranean coastal province of Mersin. President Recep Tayyip Erdoğan and Russian President Vladimir Putin participated in the groundbreaking ceremony in Ankara via video conference and jointly launched the construction of the project. The $20 billion project has been emphasized as a lynchpin in Turkish-Russian ties. Economic relations between the two countries, which have been profoundly fueled by large-scale energy projects such as the Akkuyu Nuclear Power Plant (NPP) and the TurkStream natural gas pipeline, have been cited as the benefits of this historical moment in bilateral ties.

The project is also expected to foster the growth in the Turkish economy while initiating a new nuclear industry that will serve projects in the health, telecommunications, defense and agriculture industries. The plant will consist of four reactors with a capacity of 4,800 megawatts (MW) of installed power with each reactor having a 1,200-MW capacity. Scheduled to be complete by 2023, marking the centennial of the Republic of Turkey, the Akkuyu NPP will produce approximately 35 billion kilowatt-hours (kWh) of power annually, once completed. When operational, it is estimated to meet around 10 percent of Turkey's electricity demand, which is equal to the power consumption of Istanbul, Turkey's largest metropolis.

In the ceremony held in the Presidential Palace Complex, Erdoğan said Turkey implements various strategic projects with Russia; the S-400 air missile defense system, the TurkStream natural gas pipeline and the Akkuyu NPP are only some of these.

"When all four units are activated, the Akkuyu NPP alone will able to provide 10 percent of Turkey's electricity needs, bringing our energy portfolio to a healthier level, which is currently largely dependent on oil, gas and coal," Erdoğan said. The president highlighted the growth trend of the Turkish economy and stressed the need for more energy to sustain that growth. "In accordance with the goal to sustain the energy supply security, nuclear power is of high importance," the president added. While Akkuyu will contribute to Turkey's energy security, it will also support the struggle against the climate change with no carbon emissions, Erdoğan said.

Putin stated that the successful implementation of the Akkuyu NPP project will be a symbol of the dynamic development of the Turkish-Russian partnership and of the two countries' friendship.

"The Akkuyu NPP is a new step to further develop Turkish economy and become a new symbol for Turkish-Russian friendship," Putin said, adding that more than 350 Turkish companies ready to participate in the Akkuyu NPP project implementation. "Today, we are witnessing not only the start of the Akkuyu plant's construction, but also the launch of a new nuclear industry in Turkey," the Russian president said and emphasized that the sector will further support the growth of the Turkish economy.

In his first trip abroad since his re-election last month, Putin arrived Tuesday in Ankara to take part in the ceremony and a summit on Syria the following day. He met President Erdoğan eight times in 2017 as relations between their countries improved amid cooperation on energy and inside Syria, and as Ankara faced headwinds in its relations with the West.

Speaking at the groundbreaking ceremony at the Presidential Palace, Energy and Natural Resources Minister Berat Albayrak emphasized that the cutting-edge technology will be deployed in the plant to ensure the maximum level of security. Security standards of the plant are compliant with the latest international standards set by the International Atomic Energy Agency (IAEA). The plant will employ third-generation VVER reactors.

Minister Albayrak recalled the six-decade long nuclear journey of Turkey which began in 1955 with Akkuyu. "The Akkuyu NPP is the most important turning points in realizing a 63-year old dream," he said, and stressed that the $20 billion project is the largest project in the history of the Turkish Republic.

The energy minister also underscored that the know-how of nuclear technology will be transferred to Turkey as part of an educational program developed within the framework of the Akkuyu Nuclear NPP project. A total of 248 Turkish students were sent to Russia to study and specialize in nuclear power technologies and 35 of them graduated, the minister informed the press.

Last year in June, Rosatom sold 49 percent of its shares in the Akkuyu NPP project to a Turkish consortium consisting of Cengiz-Kolin-Kalyon (CKK) where each holds an equal share of 16.3 percent.

The Turkish Atomic Energy Authority (TAEK) granted the country's first nuclear power plant, the Akkuyu NPP, a construction license on Monday that would allow it to build a unit of the plant.

As an important part of the project, the construction license process, which started nearly three years ago, has been completed. It has been decided by TAEK to grant a construction license for the first unit of the Akkuyu NPP, the atomic energy authority said. Last year, following the positive decision of the Environmental Impact Assessment by the Ministry of Environment and Urbanization, and the "production license" by the Energy Market Regulatory Authority, the "limited work permit" was given the first unit of the plant. After receiving the permits, the underground work of the reactor building started.

The energy minister highlighted the importance of the Akkuyu NPP in increasing Turkey's energy supply security as the country depends on imported resources and pays a $55 billion for energy on average every year. "Regardless of the weather conditions and supply security concerns, we will generate power on a 24/7 basis with clean energy technologies because the plant will not emit any gas detrimental to the environment," Albayrak explained. 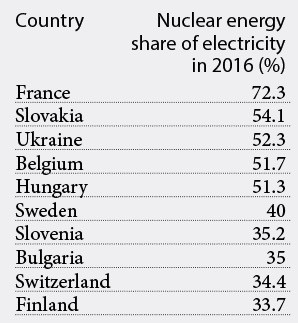 Considering the impact of nuclear capacity in a variety of sectors including industry, agriculture, telecommunications and defense, the launch of the Akkuyu NPP is a historic moment for the Turkish economy.