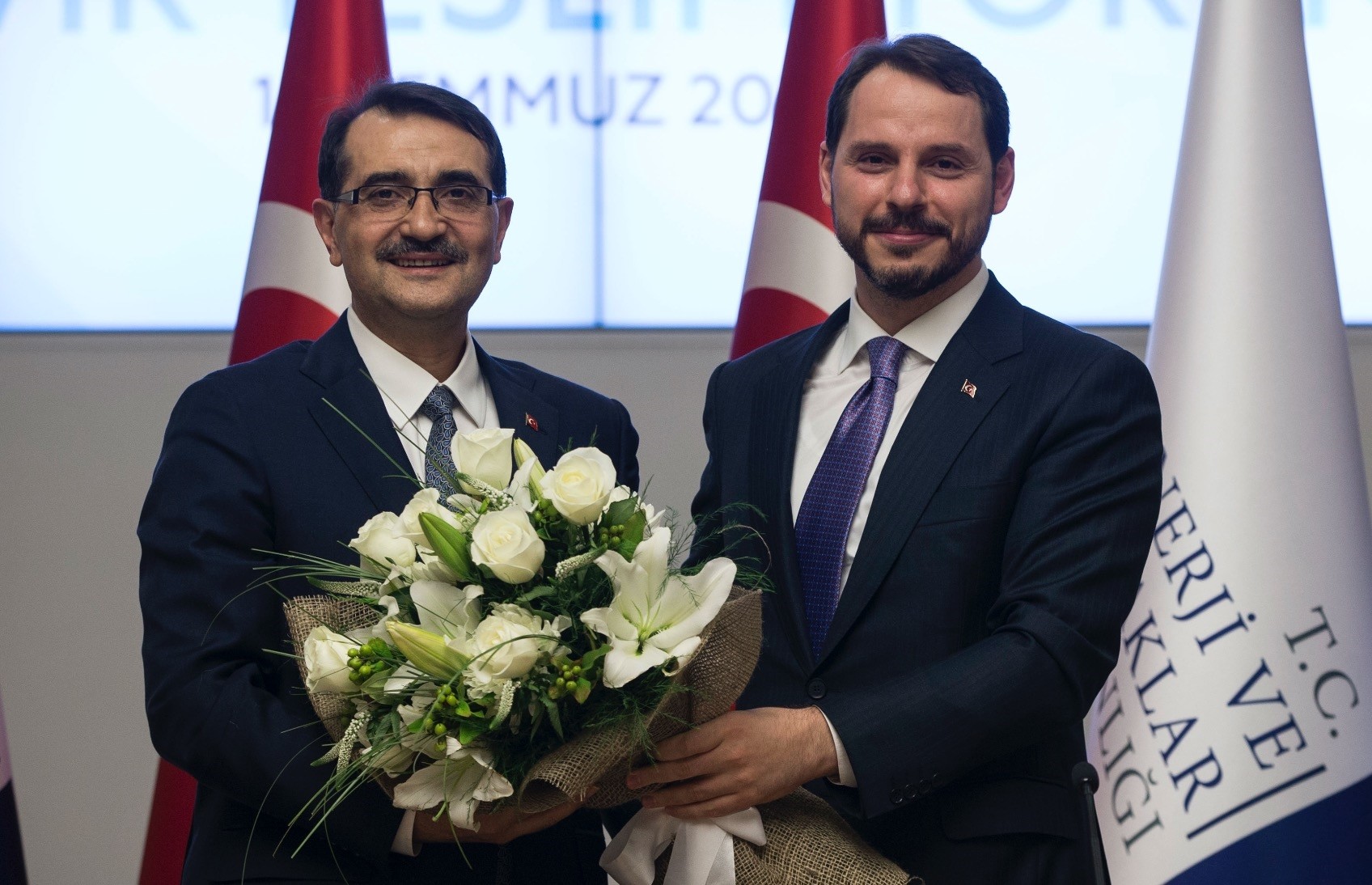 Energy and Natural Resources Minister Fatih Du00f6nmez took over duties from his predecessor and the new Treasury and Finance Minister Berat Albayrak on July 10.
by Daily Sabah with AA
Jul 19, 2018 12:00 am

With a revised institutional structure, the Energy and Natural Resources Ministry aims to effectively implement the national energy and mining policy in an expedited manner, focusing on financial and political sustainability as well as on the participation of stakeholders

Turkey's new Energy and Natural Resources Minister Fatih Dönmez, who was the previous undersecretary at the ministry and took over from Berat Albayrak last Tuesday, elaborated on the three priorities for the energy sector that will be implemented in the upcoming period. Financial sustainability, political sustainability and participation are the three main priorities the ministry has identified, but they are open to additions depending on sectoral conditions. The presidential governance system, which took effect on July 9 following President Recep Tayyip Erdoğan's oath-taking ceremony, promises a more swift and efficient period for Turkey's energy sector, Energy Minister Dönmez said.

Speaking of the changes in the organizational structure of the ministry, Dönmez said that the General Directorate of Renewable Energy and the General Directorate of Energy Affairs have been merged, therefore the issues of renewable energy and energy efficiency have been integrated to the scope of matters including supply security and energy policies.

"We hope to offer a more harmonized system of underground resources for investors in the middle term," Dönmez said. The institutional structure for nuclear energy has been upgraded with the General Directorate of Nuclear Energy and Nuclear Regulation Authority. Minister Dönmez also referred to other changes in the organizational structure of the ministry, including the companies related to electricity distribution and generation, and highlighted that the structural changes reflect the necessities of the present conditions and will expedite the implementation of the National Energy and Mining Policy prepared under the supervision of Berat Albayrak and introduced in April last year.

"Sustainability of investments are of utmost importance and this is the foundation for ensuring confidence in the open market. In terms of political sustainability, we will continue to implement National Energy and Mining Policy. Therefore, the ministry will continue its focus on research and development (R&D) projects, nuclear projects and domestic and renewable energy projects," Minister Dönmez said.

The energy and natural resources minister also emphasized that the ministry will aim to maintain a trustworthy and predictable market structure while saturating institutional structures.

The Energy Market Regulatory Authority (EMRA), which is the guarantor body ensuring a free energy market, will continue to deliver its important role.

Minister Dönmez also noted that the ministry will organize meetings and conferences with the participation of sectoral stakeholders. "We plan to organize the first Energy Consumer Conference in the fall with participation from the public and private sector," he added.

Dönmez also said that the existing schedules for the Renewable Energy Resource Areas (YEKA) tenders will continue as planned. Citing the tender for the Çayırhan coal-fired thermal power plant, Minister Dönmez stated that the ministry plans to accomplish 5,000 megawatts (MW) power capacity in coal. "Domestic coal will continue to be implemented since coal-fired thermal plants are a significant source of employment and cut imports," he said. The minister also emphasized that the energy ministry will continue to carry out projects in compliance with environmental impacts and work in coordination with the Environment and Urbanization Ministry.