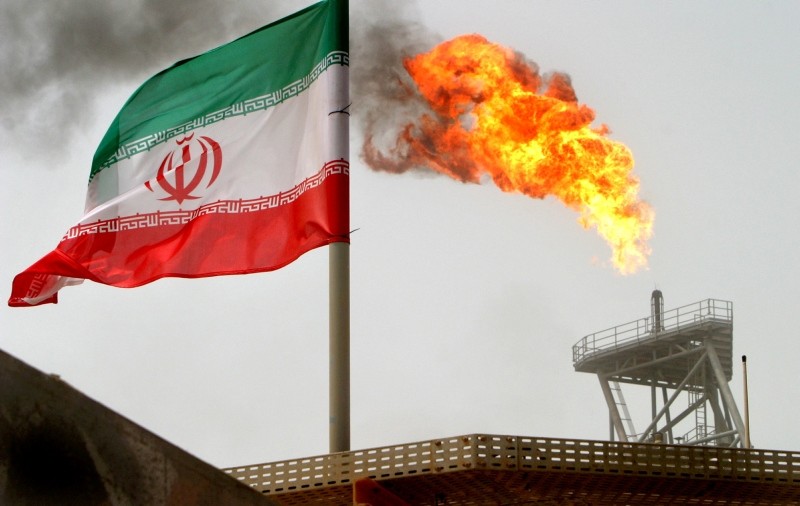 Pompeo added that details on the Iran oil sanction will be coming Monday.

Turkey's Energy and Natural Resources Minister Fatih Dönmez said late Friday that they had received information that Turkey would also be granted waiver from the U.S. oil sanctions against Iran, but they don't have all the details yet.

"I want to express my pleasure for this statement. We always stated that such sanctions could negatively impact peace, stability and economies in neighboring countries like Turkey and we elaborated this reality during the talks with U.S. officials," he said.

He added that they also stressed the importance of gas and oil trade with neighboring countries for Turkey's supply security.

Turkey imports almost nearly half of its oil needs from neighboring Iran. The country also imports oil via pipelines from Iraq and Azerbaijan. However, geographical proximity and stable transport routes facilitate oil trade between Ankara and Tehran.

Iran's biggest oil customers have been seeking sanctions waivers to allow them to continue buying some of its oil and have argued that a total ban would spur a further rally in the price of crude.

Bloomberg reported on Friday that South Korea and Japan had received waivers along with India, which relies heavily on Iranian supplies.

A list of all countries getting waivers was expected to be released officially on Monday, Bloomberg said.

The U.S. is preparing to impose new sanctions on Iran's oil industry after Washington withdrew from a nuclear deal between Tehran and other global powers earlier this year.

But the move has backfired on U.S. President Donald Trump as it led to a steep rally in oil prices, including the cost of gasoline, ahead of U.S. mid-term elections.

It was unclear how much crude those eight countries would be allowed to buy from Iran, whose oil exports have plummeted from an average of more than 2.5 million barrels per day to around 1.5 million bpd in recent weeks.

Goldman Sachs said it expects Iran's crude exports to fall to 1.15 million bpd by the end of the year. During a previous round of sanctions at the start of the decade, Iranian oil exports declined at times to below 1 million bpd.

Iran said on Friday the report on waivers showed that the market needed the country's crude.

"The waivers granted to these eight countries show that the market needs Iran's oil and it cannot be pulled out of the market ... I don't know whether these waivers are permanent or temporary," state TV quoted Iran's Deputy Oil Minister Ali Kardor as saying.

Oil prices LCOc1 rallied this year to a four-year high above $85 per barrel on fears Washington may want to cut Iranian oil exports to zero.

But the rally petered out in recent weeks amid market fears about a slowing global economy and as expectations grew that Iran would be allowed still to export significant amounts.

On Friday, Brent futures LCOc1 traded flat at around $73, having fallen 12 percent since the beginning of October.

A Chinese official told Reuters that discussions with the U.S. government about waivers were ongoing and that a result was expected over the next couple of days.

"We think Trump will agree to China importing some volumes, similar to the treatment that India and South Korea receive," Clayton Allen of Height Securities said in a note on Friday.

Analysts said, however, that waivers would likely be only temporary.

"The U.S. may use waivers to slow-walk implementation, but these will not apply indefinitely," Allen said.

Among other countries closely connected to Iran's energy system is Iraq, which imports gas via a pipeline. The United Arab Emirates imports large amounts of Iranian fuel oil to power ships and Egypt imports oil from Iran for the Sumed pipeline.

Russia has been planning to import oil from Tehran but no major projects have materialized.