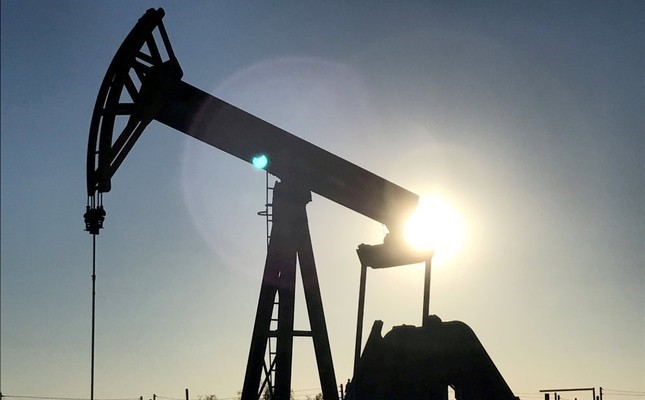 The WTI futures contract, the New York commodities markets' benchmark, and its European counterpart Brent Crude both fell more than six percent on the day.

High global oil production compared to demand was the top reason for Friday's selling, while the outlook for a weakening world economy led investors to conclude that growth would not be strong enough to soak up the surplus.

"The truth of the matter remains that rising global crude supply coupled with worrying signs of slowing demand have written a recipe for disaster for the oil markets," said Lukman Otunuga, a research analyst at FXTM.

With a December OPEC meeting not expected to make a major dent in production levels, WTI now had scope to fall to $50 "in the near term", he said.

In late European trading, the benchmark U.S. contract, West Texas Intermediate for January delivery, dropped $4.21 to $50.42 a barrel in a holiday-shortened session, a decline of 7.7 percent and Brent around $59.

Some analysts said U.S. President Donald Trump had much to do with falling oil prices.

Some say it's Trump

"Although most analysts claim that this has to do with supply overhang and increased production from Russia and Saudi Arabia, the bottom line is that the U.S. President keeps pushing for lower prices," said Fiona Cincotta, senior market analyst at City Index trading group.

"While this is the case it will be difficult to see a return to oil at a higher level unless oil cartel OPEC decides on a major output cut at its next meeting on December 6."

The pound dropped versus the dollar, a day after spiking on news that Britain and the EU had struck a draft deal over ties post Brexit.

That came ahead of a weekend summit in Brussels to sign off on an overall package on the U.K.'s exit from the European Union in March.

Elsewhere, the euro dropped as data monitoring company IHS Markit said business growth in the 19-nation eurozone pulled back in November to its slowest rate in nearly four years, as exports weakened.

On Wall Street, the Dow index was also under pressure with shares in energy companies feeling the pain from lower oil prices and investors weighing headwinds facing the global economy.

"US stocks are lower in early action following yesterday's Thanksgiving holiday break, with the energy sector seeing some pressure as crude oil prices are continuing a tumble, while European political uncertainty remains and China/US trade worries are lingering ahead of next week's G-20 summit," analysts at Charles Schwab summed up market sentiment.

Earlier, Asian stock markets had already plunged into the red.

Chinese shares led the downward charge as Shanghai slumped by more than two percent, with the tech sector hit hard by a Wall Street Journal report that Washington is urging its allies to avoid using equipment from Chinese telecoms giant Huawei.

Worsening trade tensions between the United States and China have shattered confidence on global trading floors.

"China wants to make a deal. If we can make a deal, we will," Trump said, ahead of crunch talks with his Chinese counterpart Xi Jinping at the G20 in Argentina next week.

The world's top two economies have been locked in a trade war since the summer, with the US imposing punitive tariffs on Chinese goods worth $250 billion per year. In retaliation, China imposed tariffs on $110 billion of US goods.

Washington has threatened to toughen measures even further if the issue is not resolved before January.