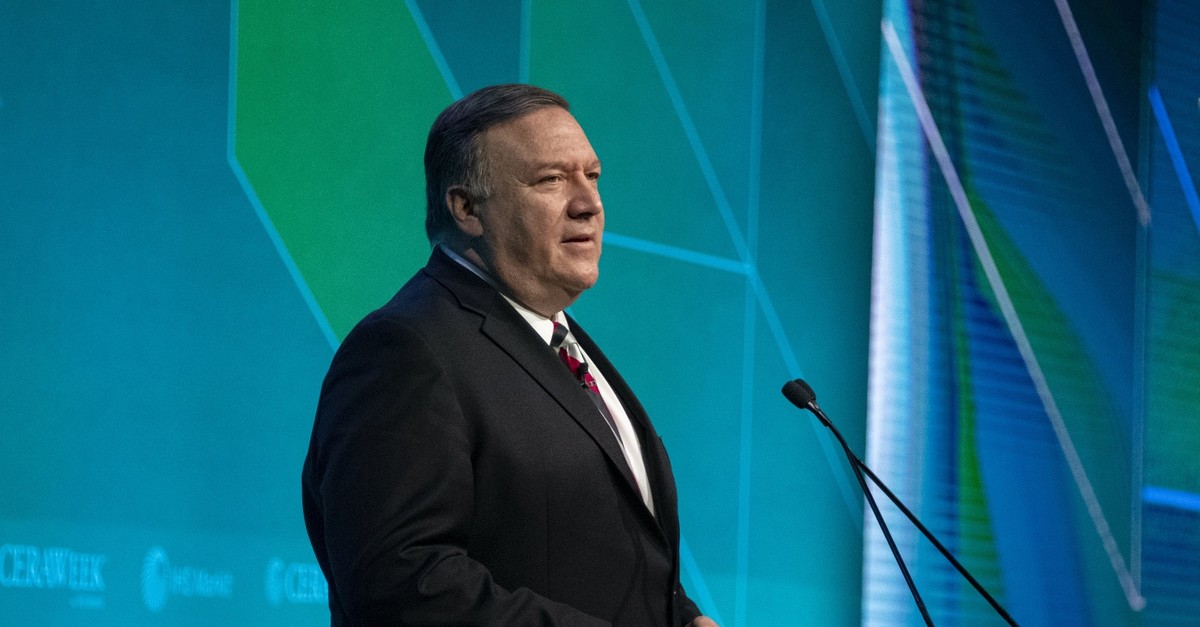 Aside from a lucrative business for American producers, U.S. energy is one of the pillars of the country's foreign policy and acknowledged as a matter of national security to restrain the influence of U.S. rivals around the world

The U.S. oil and gas boom, propelled by what industry leaders describe as the shale revolution, in the last decade has made the country a net energy exporter for the first time in 75 years. In September 2018, the U.S. surpassed both Russia and Saudi Arabia to become the largest crude oil producer and according to the predictions of the International Energy Agency (IEA) showed its exports will also outperform the oil sales of the two nations in the next five years. This energy boom of the U.S. market has certainly created auspicious circumstances for the country's foreign policy purposes, let alone its economy, and has become a fundamental element of national security.

This year's CERAWeek conference has been dominated by discussions on how the U.S. oil and gas boom transformed the global energy trade markets and the rising tension between the U.S. and other petroleum producers, particularly with Organization of Petroleum Exporting Countries (OPEC), was impossible to go amiss.

The heavy investments in the American energy industry have boomed the output after the financial meltdown in 2008, which came at an auspicious time for the country's economy. The first phase of what industry leader dub the "shale revolution" has ensured the energy independence for the domestic consumption in the world's largest economy. The second phase now will see the U.S. becoming an exporter and its crude shipments already reached a record 3.2 million barrels per day in late November, data of the Energy Information Administration showed. According to IEA estimates, the U.S. exports will exceed Russian oil exports in the next three years and will catch up with the exports of Saudi Arabia in five years.

U.S. Secretary of State Mike Pompeo underscored the vital role of energy in American foreign policy when he said the U.S. will not allow any nation to use energy for "malign ends," during his keynote speech at CERAWeek 2019 by IHS Markit, the world's premier energy event being held in Houston.

U.S. President Donald Trump's motto of "energy independence" is not only a domestic economic policy geared toward offering American citizens cheaper gas, it has also become very instrumental in foreign policy designs as Pompeo confirmed earlier Tuesday. "The issue of American energy, the ability of us to deliver that energy around the world, helps keep American safe. It's an important diplomatic tool for the U.S.," he said.

The U.S. president and diplomats have managed to strike energy deals everywhere, particularly in Europe and South Asia, disrupting the energy dominance and political influence of major rivals like China and Russia, which Pompeo vehemently criticized for using energy as a political leverage for "malign ends."

"Our model matters now, frankly, more than ever in an era of great power rivalry and competition where some nations are using their energy for malign ends, and not to promote prosperity in the way we do here in the West. They don't have the values of freedom and liberty, of the rule of law that we do, and they're using their energy to destroy ours," he said.

China prevents members of the Association of the Southeast Asian Nations (ASEAN) from accessing more than $2.5 trillion in recoverable resources, the secretary remarked. For him, the U.S. is the cheerleader of the global energy security for Southeast Asian nations.

Without doubt, Pompeo's next target was Russia.

"And we all know the story in Russia. It invaded Ukraine to gain access to oil and gas reserves. It in turn deprived Ukraine of the possibility of developing those resources for itself and using its pipelines and its networks to bring energy to its own people. Rather, it uses those pipelines to put pressure – political pressure – on the people of Ukraine," he explained in detail.

When the subject is Russian energy, it is inevitable to speak of Russia's pipeline project to Europe, Nord Stream II, to which the U.S. administration fiercely opposes.

The need for diversification of energy supplies for American allies across the world compelled to the U.S. to export crude oil last year to countries like India, Japan, China, Italy, Republic of Korea, Ireland and the United Arab Emirates (UAE).

"Shortly before the U.S. made its first liquefied natural gas (LNG) shipment to Europe, it made it to a place that people don't think about, the country of Portugal that now has access to American energy resources," Pompeo said, highlighting the liquefied natural gas exports to Europe as the success of U.S. energy policy in reducing the influence of Russia. Since July 25, when European Commission President Jean-Claude Juncker and President Trump agreed to strengthen EU-U.S. strategic cooperation including in the area of energy, EU imports of LNG from the U.S. have increased by 181 percent at 7.9 billion cubic meters, the European Commission said this week. The U.S. accounted for 12 percent of the EU's total LNG imports over the last six months, while it was only 2.3 percent before the joint statement of Juncker and Trump. In January, EU imports of U.S. LNG from the U.S. were 1.3 billion cubic meters, up from 102 million cubic meters compared to the same month in 2018. In February 2019 total U.S. LNG imports amounted to 600 million cubic meters.

Isolating Iran and cutting its exports to major markets in Asia and particularly to Iraq is core to U.S. foreign policy in the recent year. To that end, the President Trump withdrew from the Joint Comprehensive Plan of Action (JCPOA) that was signed in 2015 and started implementation in 2016. Although the U.S. granted a 6-month period of waivers to eight countries, including Turkey and other major buyers of Iranian crude, the administration is reported to not be considering any more after May when the waivers expire.

For the U.S. administration and its foreign policy philosophy, Iran portrays the clear example of an energy producer using its resources for bad ends. "Iran uses its energy exports to exert undue influence all across the Middle East, most particularly today on Iraq," Pompeo said.

Indeed, Pompeo met U.S. investors and oil producers during his trip to Houston and urged them to prop up exports to Asia to completely cut Iran's connection to the markets in the region.

A fundamental reason to position energy at the core of the U.S. foreign policy is to protect is national security.

"The production boom that's taken place over the past years is enormously important for American national security," the U.S. secretary of state confirmed earlier Wednesday.

He has acknowledged in his keynote address that exporting American energy is not just about the dollars, but it is about containing the influence of the U.S. rivals around the world. "It is certainly the case that our firms will benefit financially, this isn't just about dollars and cents for American companies. It's about America's national security. It's about Russian influence peddling and the need to stop it. We must bring this to an end, and you all can be an important part of that," he emphasized.

Energy development projects have also been at the core of the U.S. foreign policy toward Turkey since 1990s. In an effort to curb the weight of Russian and Iranian resources in the Turkish and European markets, the U.S. had diplomatic efforts on projects to deliver Caspian gas to Turkey and Europe.

Former U.S. Ambassador to Ankara Mark Robert Parris was commissioned by then-U.S. President Bill Clinton in 1997 to primarily ensure regional energy security and safe delivery of Azerbaijan's resources to Europe via Turkey while ensuring the independence of the states that had separated from the former Soviet Union.