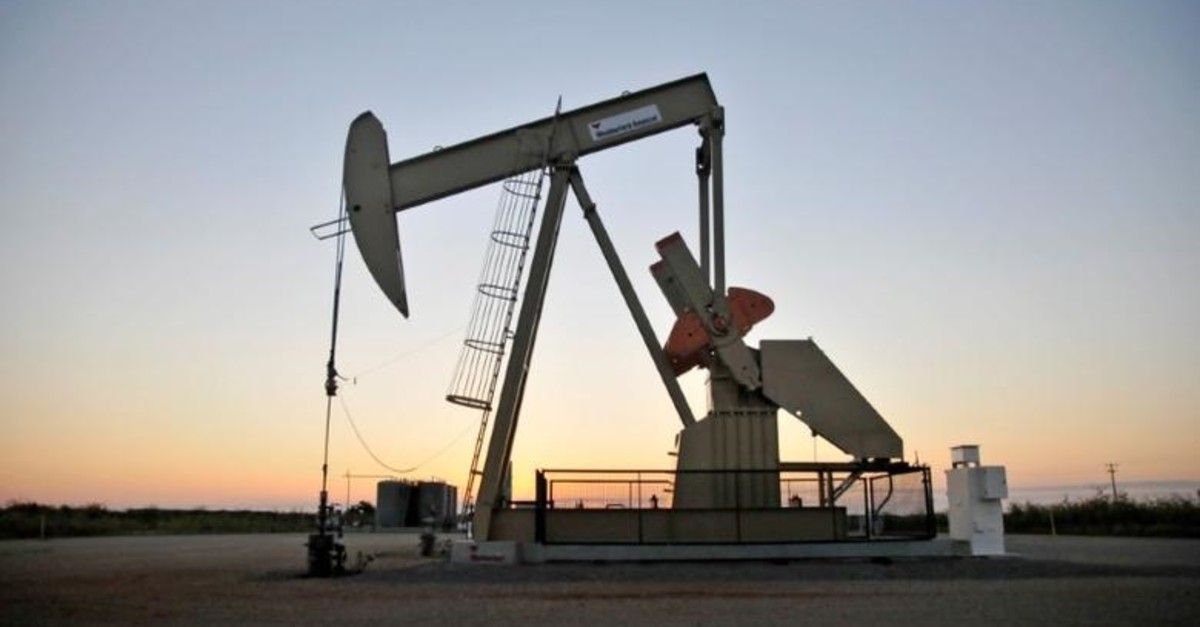 A rare mix of geopolitical tensions in the Middle East and China is tugging oil prices in opposite directions and creating uncertainty over where they might land.

Deteriorating trade talks between the United States and China, the world's two largest economies, are posing a serious threat to global economic growth and whenever that growth sputters, demand for oil and gasoline typically craters.

But escalating tensions in the Middle East and elsewhere could threaten oil supply, which could push the price of oil and gasoline higher. In the past week, the United Arab Emirates has alleged four oil tankers off its east coast were targeted in sabotage attacks. At the same time, Saudi Arabia has accused Iran of being behind a drone attack that shut down a key oil pipeline in the kingdom.

Meanwhile, the U.S. has dispatched warships and bombers to the region to counter an alleged threat from Iran, whose economy is reeling from President Donald Trump's decision last year to withdraw the U.S. from the 2015 nuclear accord and impose wide-reaching sanctions.

"Tensions are high, and I think the chance of further escalation is probably pretty good as well," said Ryan Fitzmaurice, energy strategist at Rabobank. "If any of these issues flare up, prices could increase sharply...If you have a major attack on a Saudi production facility or Saudi tanker, we could see prices increase quite dramatically overnight."

There already were concerns about constraints on oil supply. Last month, Trump decided to impose sanctions on nations that were importing oil from Iran, taking about 1 billion barrels of oil off the market by some estimates. Production in Venezuela, once one of the world's largest oil producers, has collapsed to one-third of its historic output amid a political crisis there.

"There are so many risks to supply, it's hard to list them," said Amy Myers Jaffe, senior fellow at the Council for Foreign Relations. "I think the market's undervaluing how big the risks are."

Indeed, some observers of the oil industry are also downplaying the supply risk. While they are concerned that major oil production facilities in Saudi Arabia could be targets of further attacks, the country has been strengthening its oil infrastructure, making those targets very hard to hit, said Kevin Book, managing director at Clearview Energy Partners.

"There are so many missing barrels right now that a real destructive act would have a tremendous upward price pressure on crude, and yet those real destructive acts are really difficult, too," Book said. "They're big military operations and there's a lot of countermeasures in place to prevent them."

While Middle East tensions could push oil and gasoline prices higher, the trade war with China could pull prices back down. Last week, the Trump administration more than doubled tariffs on $200 billion in Chinese imports and spelled out plans to target the $300 billion worth that aren't already facing 25% taxes. It also labeled telecom equipment giant Huawei a security risk and imposed export curbs on U.S. technology sales to the company. China retaliated by raising tariffs on $60 billion in U.S. imports.

There have been signs that economic growth in China is slowing, which could mean less demand for oil from one of the world's major consumers. Last year, car sales in China fell 10%, and in March oil demand declined for the first time since 2014, said Jim Burkhard, vice president for oil markets at IHS Markit.

"The Chinese economy has been incredibly resilient," Burkhard said. "Nonetheless, I know there are a few data points that raised some serious questions about the course of economic growth in China, and the U.S. trade dispute only adds to that concern. That's what could drive prices lower."

As for the impact on gasoline prices, the trajectory is hard to predict. When the driving season kicks into high gear for the summer, prices typically move with the temperatures — they rise. But given the conflicts around the globe, they could soar to unusual heights to the point where drivers think twice before hitting the road. Or they could fall to levels that hurt producers in the U.S. and abroad, as well as the communities that rely on those industries for jobs.

"It's impossible to predict with precision when oil prices are going to break one way or another, but given what's at stake violent shifts could occur," Burkhard said. "It's a very precarious balance, because you're not talking about things that are going to remain stable, especially on the supply side."

U.S. gasoline prices had been following a typical trajectory this year, hitting a five-month high in late March while U.S. and Chinese negotiators were speaking in Beijing. U.S. Yet optimism began to fade by early this month when Trump threatened to hike tariffs on China, sending global stock markets tumbling and pushing U.S. gasoline prices lower. They have subsequently increased modestly as tensions in the Middle East have mounted.

The Energy Department this week reported that demand for gasoline dropped to levels more typical of fall and winter, when Americans are huddled inside, rather than packing for vacations.

The national average for a gallon of gasoline was $2.86 Friday, down 2 cents in a week, as portions of the country faced terrible weather, but AAA said prices will likely rebound heading into summer.

Lower oil and gasoline prices could be viewed as a boon to American consumers who want to pay less for gasoline and are more likely to spend cash elsewhere if they're not burning it all at the pump. But it also could hurt the economies of major oil producing countries such as Russia and Saudi Arabia as well as oil-producing states in the U.S. such as Texas, North Dakota, New Mexico and Oklahoma. Lower oil prices would mean less revenue for the companies extracting oil in those states, which could lead to fewer jobs or lower wages in those communities.