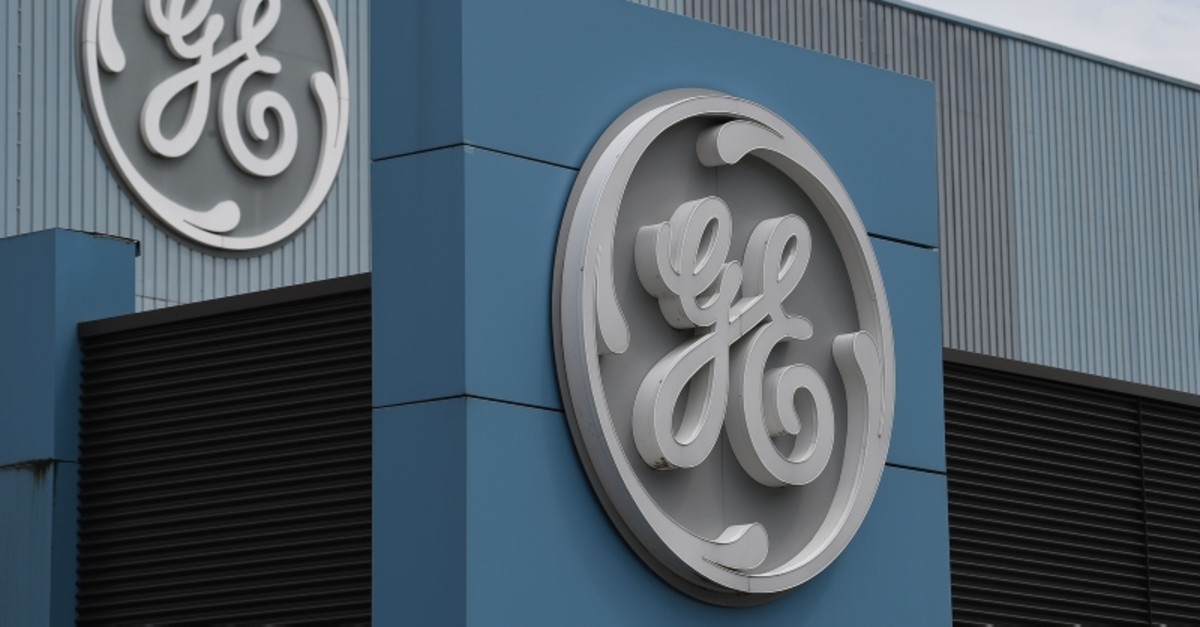 The logo of US giant General Electric is pictured as French Economy and Finance Minister Bruno Le Maire takes part to a meeting with managers and unions at the GE headquarter in Belfort, eastern France (AFP Photo)
by French Press Agency - AFP
Jun 07, 2019 12:12 am

Investors in General Electric, once one of the world's most valuable companies, lost tens of billions of dollars after the Paris climate deal as it failed to adapt to the pace of the green energy transition, new analysis showed Thursday.

A report by the Institute for Energy Economics and Financial Analysis (IEEFA) said GE had lost a "simply staggering" $193 billion (172 billion euros) in just three years to 2018 -- amounting to almost three-quarters of its market capitalization.

The Cleveland-based research group said GE and its principal shareholders misjudged the falling price of renewables as the world transitions to cleaner energy and suffered from a collapse of the gas turbine and thermal power construction markets.

"GE assumed wrongly that demand for natural gas and coal would continue to track global economic growth," they said, accusing GE of "an epic failure of corporate governance."

The 2015 Paris accord enjoins nations to work towards limiting global temperature rises to "well below" two degrees Celsius (3.6 Fahrenheit) and to a harder cap of 1.5C if possible.

To do so, governments must commit to curbing greenhouse gas emissions -- the leading source of which is burning fossil fuels such as oil, gas and coal for power.

As the price of renewable energy technologies such as wind and solar fell in recent years, the IEEFA said GE has been left with billions in stranded fossil fuel-related assets as cheaper alternatives curbed industry demand for coal and gas.

The company also failed to account for increasing energy efficiency, driven largely by renewables, which decoupled energy demand from global economic activity, according to the report.

In particular, GE's power division, which in 2016 equated to half of the company's pre-tax profit, continued to invest in gas turbine units even as global demand fell, the report said.

"The world is transitioning away from fossil fuels -- particularly expensive imported thermal coal and gas -- into low-cost, zero-pollution domestic renewables such as wind and solar," said Tom Sanzillo, IEEFA's director of finance.

"This is where the smart money is, but GE failed to pick the trend."

A global divestment movement is underway calling on pension and hedge funds, among others, to end investment in upstream fossil fuel projects. Hundreds of institutions in control of over $6 trillion in assets have joined the initiative.

When contacted by AFP, a spokeswoman referred to comments made by CEO Larry Culp to an energy conference last month, when he acknowledged there was "a lot of self-help required" to manage the company's assets.

"Some people would suggest that the gas business is dying (and) there are certainly structural challenges afoot," Culp said.

"We just don't think gas is going to zero in the near to medium term, right? So it really puts the onus on us to continue to innovate, continue to serve."