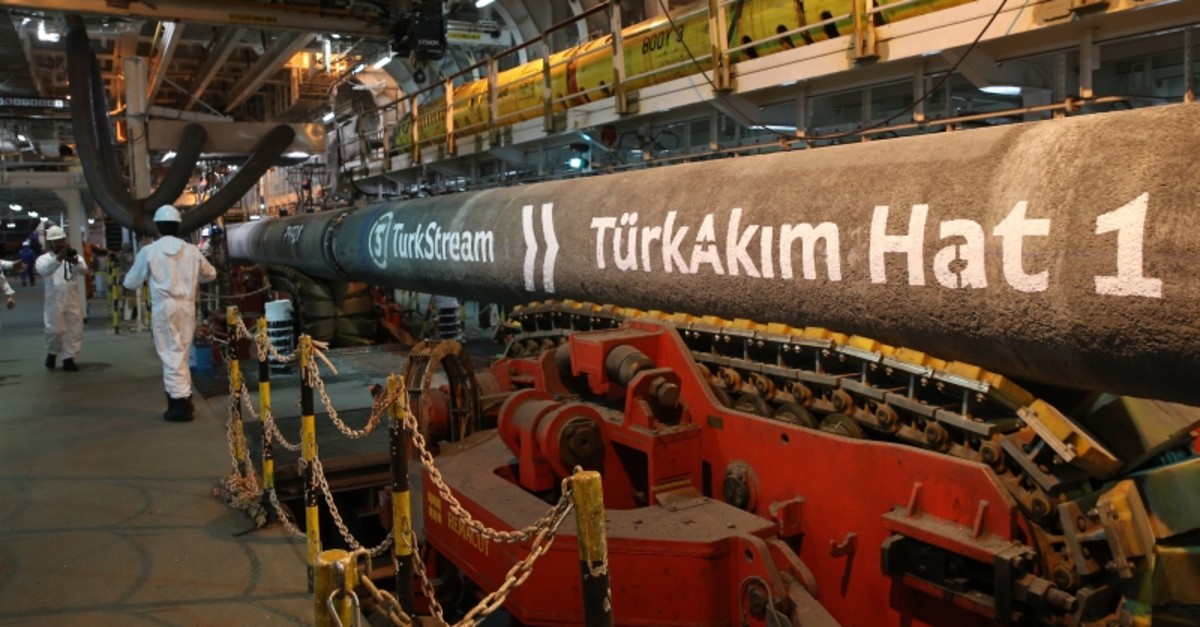 President Vladimir Putin on Friday praised the Turkey-Russia cooperation on TurkStream, a project that will transport Russian gas to Turkey.

"TurkStream has come to its final phase due to Turkish President Recep Tayyip Erdoğan's political will," Putin told a forum in St. Petersburg.

He added that the project will become operational in the coming months.

"With the TurkStream project, natural gas transportation routes to Europe will be diversified. Our European friends will have natural gas from a different route, if they are willing," he said.

The TurkStream is a project which will carry Russian gas via a pipeline under the Black Sea bypassing Ukraine and onward through Bulgaria, Serbia, and Hungary.

The TurkStream project consists of two lines across the Black Sea, the first of which will serve Turkey with a capacity of 15.75 billion cubic meters, while the second line is planned to serve Europe. Each pipeline is 930 kilometers in length, laid at depths reaching 2,200 meters.

The project is the biggest-diameter offshore gas pipeline in the world laid at such depths. The deep sea pipe-laying was carried out by Pioneering Spirit, the world's biggest construction vessel.