Public, private sectors to jointly invest $10B in energy efficiency in 10 years 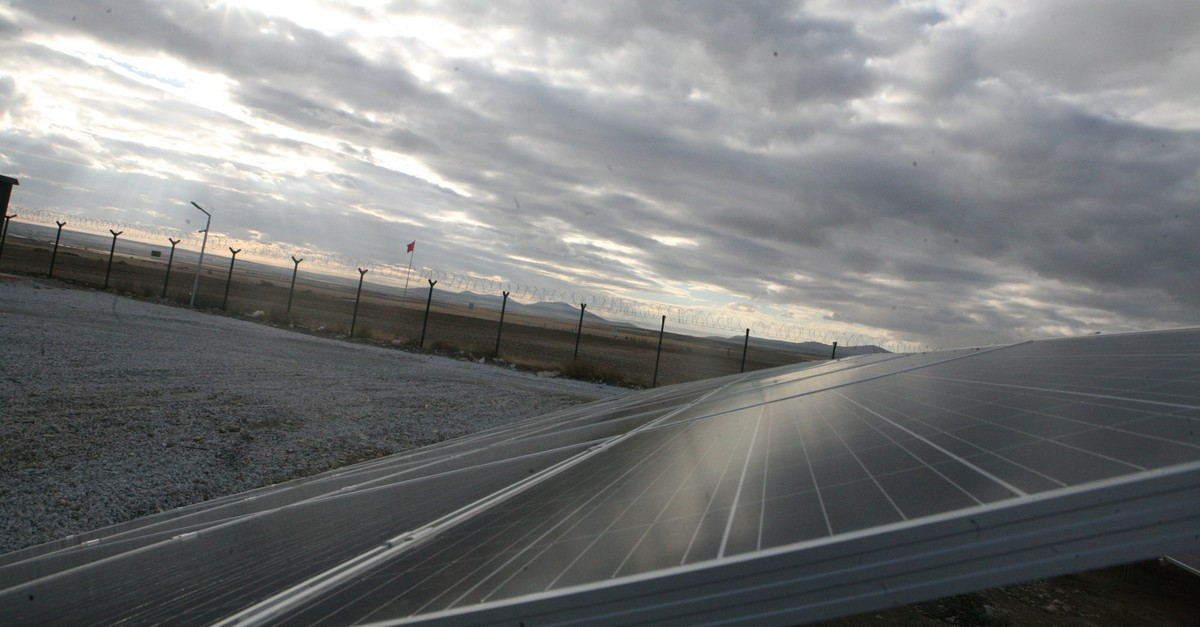 Turkey saw renewable energy investments of around $16 billion in the last five years.
by Daily Sabah with AA Oct 10, 2019 2:02 am

Intensified efforts to liberalize the sector in the last decade have expanded investments in Turkey's energy efficiency, while commitment to increasing renewables resulted in $16 billion worth of investment in numerous projects

Turkey's public and private sectors will jointly invest $10 billion in energy efficiency in the next 10 years, the Turkish energy and natural resources minister said.

Energy efficiency is a high-yield sector, and the $10 billion investments will generate $30 billion savings until 2033, Fatih Dönmez stressed during the 10th Istanbul Finance Summit (IFS'19) that began in Istanbul yesterday.

He also noted that Turkey saw renewable energy investments of around $16 billion in the last five years.

"In the last five years, $4.8 billion investment was made in solar power, $4.3 billion in wind farms, $6 billion in hydroelectric plants, $1 billion in geothermal and $430 million in biomass," the minister highlighted.

The energy sector has changed significantly in the last 20 years, the public dominance in the sector gave its place to the private sector, Dönmez explained.

Turkey has made efforts to achieve digital transformation in the fields of energy substructure, mining technologies, nuclear energy and hydrocarbon technologies, he stressed.

"We aim to make Turkey a serious brand in this area," the minister underlined.

Recently, there are several foreign-based financing models, especially from Europe and the Far East Asia, such as regional development programs, investment banks, agencies and grants, for funding the energy sector, he said.

"Turkey attracts these funds with its strong economy and political stability," Dönmez added.

He underlined that every economy may face difficult periods, the important thing is how quickly the country gets rid of these shocks. "In recent years, Turkey's economy has passed a serious test of endurance and I am sure that the coming period will show more positive developments," Dönmez added.

Also speaking on the sidelines of the event, Simone Kaslowski, the head of the Turkish Business and Industry Association (TÜSİAD), said Turkey should prioritize its fight against inflation and bring it down to 5% permanently.

"A low inflation rate is vital to provide long-term financing with low cost in our own currency [Turkish lira], which we need," Kaslowski said.

This will pave the way for long-term investments while reducing financing costs and increasing predictability, Kaslowski added. Noting that Turkish companies' financing costs are three to four times more than European countries, he said despite attractive incentives, investment flows to other countries due to high financing costs.

Efficient implementation of the New Economic Program (NEP), revealing structural reforms, strengthening institutions, making judicial reforms and proceeding in line with EU membership will provide confidence and bring growth to a decent level, Kaslowski noted. "This environment will help Istanbul be a finance center," he added.

Unveiled by Treasury and Finance Minister Berat Albayrak at the end of September, the new program revealed Turkey's targets for inflation, growth, unemployment, the budget deficit, current account and financial stability. It covers a three year period from 2020 to 2022.

Consumer prices in Turkey slipped to 9.26% in September, compared to 24.52% in September 2018, according to data from the Turkish Statistical Institute (TurkStat).

The data revealed that inflation dropped to single digits for the first time since July 2017, when consumer prices came in at 9.79%. Last month, annual inflation went down 5.75 percentage points from 15.01% in August.

Over the last decade, annual inflation saw its lowest level at 3.99% in March 2011, while it peaked at 25.24% in October 2018. In the face of rising inflation, the CBRT increased the interest rates to 24% in September 2018, from 17.75% at the time. However, it managed to kick off an easing cycle in its monetary policy as of July this year amid a decline in consumer prices.

In its September meeting, the central bank cut the benchmark funding rate one-week repo by 3.25% to 16.50%. The 325 basis points rate cut followed another reduction in July by 425 basis points rate cut. The sharp decline in the inflation rate last month has again raised the question for another round of rate cuts by the central bank at the next monetary policy committee meeting, scheduled to take place on Oct. 24 after the release of quarterly inflation report that will include the updated forecast.

On the other hand, Hakan Yurdakul, a member of the Turkish Presidency's Economic Policies Board and the president of IFS' advisory board, said the world will see a worse crisis than 2008 if finance and real sectors do not collaborate for social wealth globally.

"In this summit, participants from various sectors such as defense industry, energy and construction along with finance will discuss impacts of the change in the financial sector," he noted. "I believe we will reach a conclusion for the target of social wealth," he added.

Also speaking on the sidelines of the event, Ayşem Sargın, the president of the International Investors Association (YASED), said Turkey should achieve a 3% share in global foreign direct investment (FDI), up from the current level of 1%.

"We aim Turkey to rank among the first 10 countries which attract the highest amount of FDI globally, therefore should raise its share to 3%," she noted.

"Turkey has this potential, but to reach this potential it should keep up with the transformation in the world and increase its competitiveness in accordance with the changing conditions," Sargın added.

The report showed that global FDI fell 13% in 2018 to $1.3 trillion, while FDI in Turkey jumped 13% to $13 billion, she noted. Representing 80% of corporate FDI in Turkey, YASED supports development of the country.

The two-day IFS'19 was held under the theme Financial Metamorphosis and Back to the Future at Swissotel the Bosphorus in Istanbul's Beşiktaş district.

Within the scope of the event, several officials, economists, businesspeople, bankers and academics were expected to give speeches in 19 sessions on several issues ranging from financial technologies, electronic trade to defense industries.