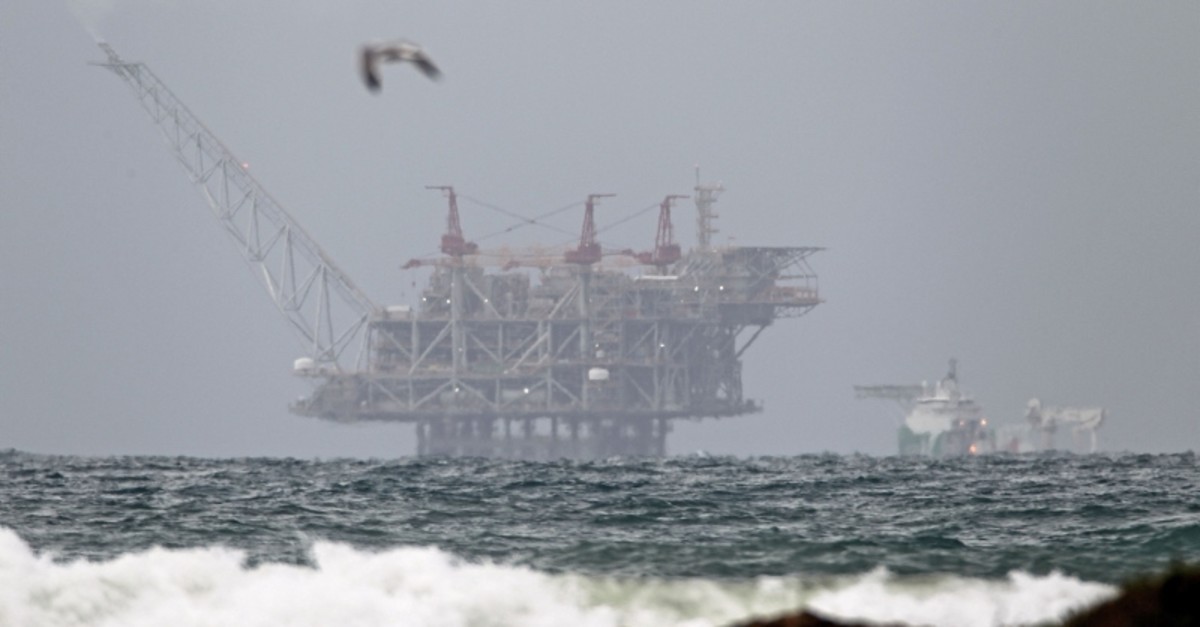 The platform of the Leviathan natural gas field in the Mediterranean Sea which started production today is pictured from the Israeli northern coastal city of Dor on December 31, 2019. (AFP Photo)
by Associated Press Jan 02, 2020 1:02 am

The supplies, from Israel's largest offshore natural gas field Leviathan have begun for an experimental three-month period, according to the terms of a $10 billion deal NEPCO struck with Noble Energy Inc. in 2016, the state-owned power utility said in a statement.

"The experimental pumping will continue for three-months under the technical and contractual terms between the two sides," said the statement by NEPCO which was released in state media with no further details.

Under the agreement, the U.S.-Israeli consortium will supply Jordan gas for 15 years from the field in the Mediterranean.

The deal has faced opposition in Jordan where many view Israel as an erstwhile enemy. Activists and parliamentarians have lobbied the government for years with little success of scrapping the purchase.

"It's a black day in the history of Jordan and a crime against the nation and a national catastrophe that makes our sovereignty hostage and the energy sector in the hands of the Zionist occupation," said the mainstream Islamic Action Front, the country's main political opposition.

A pipeline that goes to the north of the country distributes the gas to the country's power plants for electricity generation.

The amount of gas extracted from Leviathan is expected to reach 60 billion cubic meters over 15 years, while the nearby Tamar field will export 25.3 bcm in the same period. The value of the exports is estimated at $19.5 billion.

The discovery of Leviathan in 2010 helped turn Israel into a potential energy exporter.

The Jordanian government said after the agreement was signed that securing stable energy prices for the next decade can achieve annual savings of at least $500 million annually and help reduce a chronic budget deficit.

Energy-dependent Jordan imports about 95% of its energy needs with demand for electricity that rises by 6% to 7% annually.

U.S. ally Jordan, which has a peace treaty with Israel, has pushed through the deal despite the popular opposition by politicians and many deputies in parliament who say it makes the kingdom dependent on its neighbor for energy.

The government has in recent months kept quiet over the clauses of the deal in the face of public opinion and a vocal parliamentary opposition that demands the agreement be cancelled.

The authorities say this was an agreement between companies rather than governments and denies that Washington has pressured Amman not to give in to public pressure.

Activists say they plan a protest next Friday, one of several that have been staged in recent years as part of a movement that opposes any attempt to normalize ties with Israel.