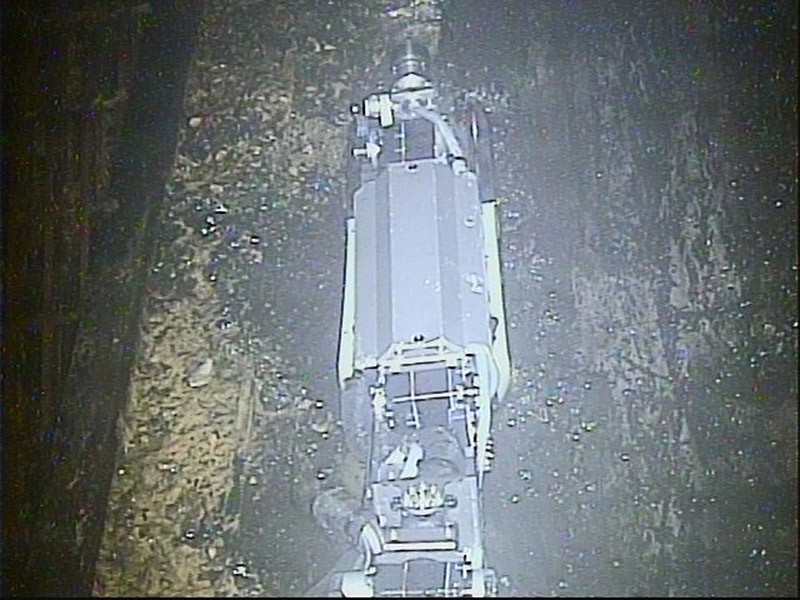 Robot probes sent to one of Japan's wrecked Fukushima nuclear reactors have suggested worse-than-anticipated challenges for the plant's ongoing cleanup.

The plant's operator Tokyo Electric Power Co. said the remote-controlled "scorpion" robot was sent into the Unit 2 reactor's containment vessel Thursday to investigate the area around the core that had melted six years ago, but it failed while climbing over highly radioactive debris.

The robot, carrying a dosimeter and two small cameras, transmitted some data and visuals but could not locate melted fuel — key information to determine how to remove debris out of the reactor. The robot was abandoned inside the vessel at a location where it won't block a future robot.

Preliminary examinations over the past few weeks have detected structural damage to planned robot routes and higher-than-expected radiation, suggesting the need to revise robot designs and probes.

TEPCO is struggling with the plant's decommissioning, which is expected to last decades, following the 2011 earthquake and tsunami that led to the meltdown. Tens of thousands of residents had evacuated their homes, many of them still unable to return due to high radiation.

Earlier this month, another robot, designed for cleaning debris for the main "scorpion" probe, had to return midway through because two of its cameras became inoperable after two hours when its total radiation exposure reached a maximum tolerance of 1,000 Sievert — a level that can kill a human within seconds. The original duration planned for the robot was 10 hours, or 100 Sievert per hour.

TEPCO needs to know the melted fuel's exact location and condition and other structural damage in each of the three wrecked reactors to figure out the best and safest ways to remove the fuel.

TEPCO officials said that despite the dangerously high figures, radiation is not leaking outside of the reactor.

Images captured from inside the chamber have showed damage and structures coated with molten material, possibly mixed with melted nuclear fuel, and part of a disc platform hanging below the melted core.