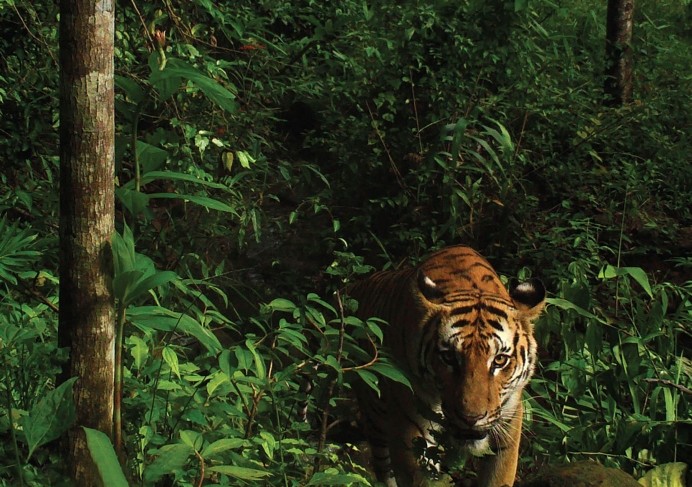 Authorities in India are considering using a cologne by famous American fashion house and luxury brand Calvin Klein in order to capture a tiger suspected of killing at least nine people.

The latest plan to capture the six-year-old tiger was foiled last week after one of the elephants — brought in to corral the feline — went rogue and trampled a woman to death.

Sunil Limaye, one of the wildlife officials involved in the capture attempts, said his team was still relying on conventional methods to trap the animal but that they have been considering the possibility of using Calvin Klein's Obsession cologne if all else fails.

The cologne includes a key ingredient, a synthetic version of a musk secreted by a small animal called civet. The musk is prized for its powerful aroma.

Obsession was first proved to work for luring big cats at the Bronx Zoo in New York in 2003. Wildlife officials successfully managed to use the cologne to capture two tigers in recent years in India.

HS Prayag, a veterinarian who first used Obsession on tigers in India said he used the cologne in 2015 to lure a tiger.

"Please use the original Calvin Klein perfume, not the one you buy in the market, because I don't think they're original," he said.