Global warming target in danger of being missed with emissions gap wider than ever: UN 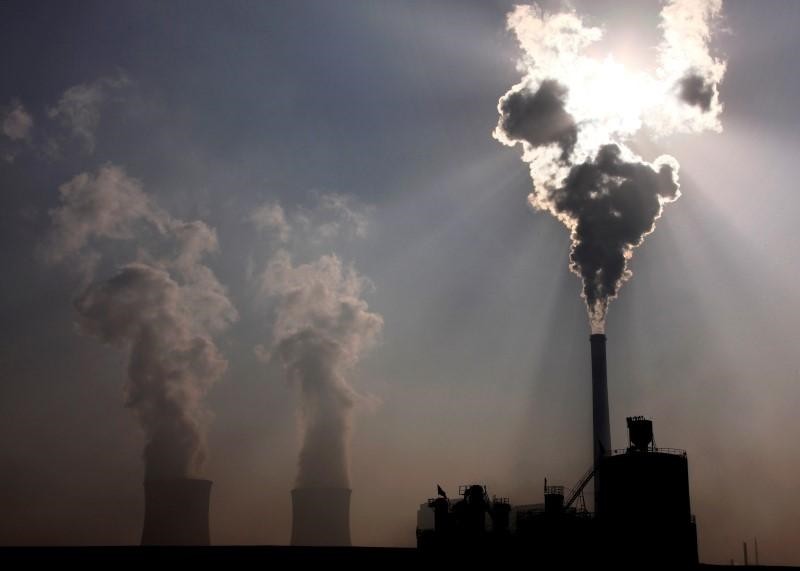 Global greenhouse gas emissions in 2030 could be between 13 billion and 15 billion tons more than the level needed to keep global warming within 2 degrees Celsius this century, a United Nations report estimated on Tuesday.

The ninth annual U.N. Environment Program (UNEP) report analyzed the impact of countries' emissions cut targets and policies, and whether they are enough to limit global average temperature rise to a safer threshold below 2C.

The assessment comes a few days before a U.N. climate conference starts in Poland from Dec. 2-14. The talks will produce a "rule book" on how to implement the 2015 Paris Agreement which aims limit the rise in global temperatures to between 1.5 and 2 degrees Celsius.

UNEP said annual greenhouse gas emissions reached a record high of 53.5 billion tons in 2017 after three years of decreases. They are not seen peaking by 2030, let alone by 2020.

However, emissions in 2030 will need to be around 25 percent and 55 percent lower than last year to put the world on track to limit global warming to 2 degrees and 1.5 degrees Celsius respectively, the report said.

"Increased emissions and lagging action means the gap figure for this year's report is larger than ever," the report said.

Current climate policies are seen lowering emissions by up to 6 billion tons by 2030, implying global warming of around 3C by 2100, with warming continuing afterwards.

"If the emissions gap is not closed by 2030, it is very plausible that the goal of a well below 2C temperature rise increase is also out of reach," the report said.

Currently, the world's 20 biggest economies, the G20, are collectively not on track to meet their 2030 pledges, UNEP said.

Analysis and review of progress against pledges from countries to reduce their emissions under the Paris Agreement, so-called Nationally Determined Contributions (NDCs), showed they were insufficient.

Added impetus came last month in a report by the U.N.'s Intergovernmental Panel on Climate Change (IPCC) which said that keeping the Earth's temperature rise to 1.5 degrees Celsius would require rapid and unprecedented changes.

"If the IPCC report represented a global fire alarm, this report is the arson investigation," UNEP deputy executive director Joyce Msuya said in a statement.

"The science is clear; for all the ambitious climate action we have seen – governments need to move faster and with greater urgency. We are feeding this fire while the means to extinguish it are within reach," he added.

Institutions such as city, state and regional governments; companies; investors; higher education and civil society organizations are increasingly committing to climate action and are an important element in achieving global emissions goals.

Although estimates on the emissions reduction potential vary, some 19 billion tonnes of carbon dioxide equivalent (GtCO2e) could be reduced by their actions by 2030. This would be enough to close the 2C gap, the report said.