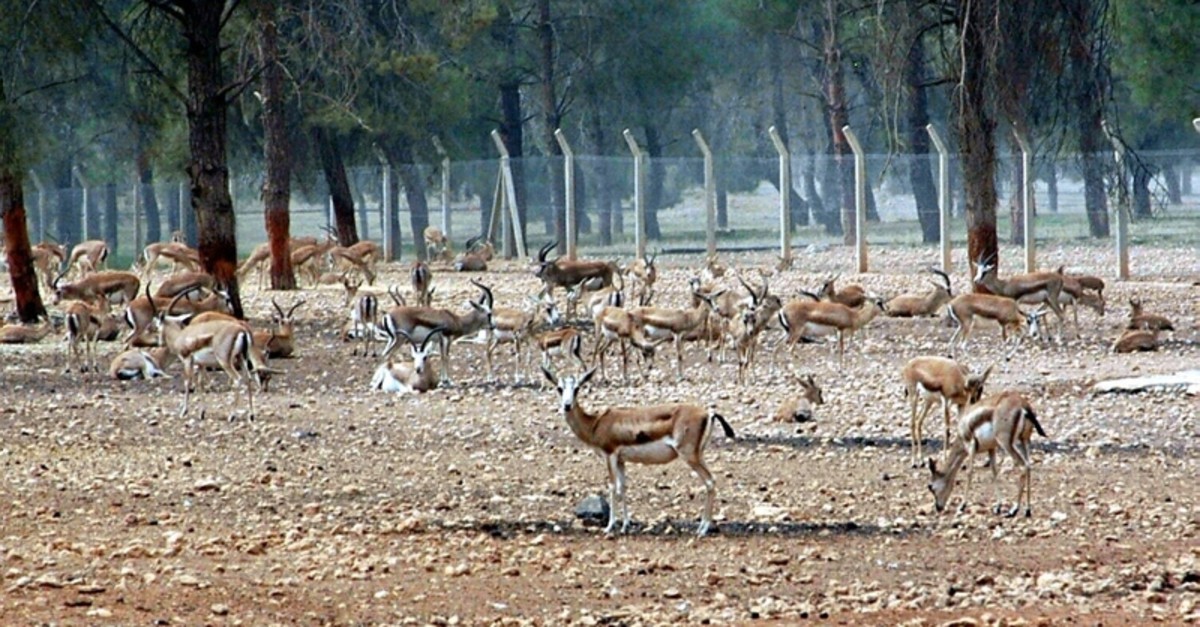 The number of goitered gazelles, which face the threat of extinction, have been increased in Turkey's southeastern Şanlıurfa province with the efforts of local authorities.

The number of black-tailed "Asian gazelles" successfully increased to 1,150, up from 23 since the Directorate of Agricultural Management in Ceylanpınar district put them under protection in 1977.

Goitered gazelles only live in specific areas in Turkey, most commonly in Şanlıurfa, which only had 10 male and 13 female gazelles in the city back in 1982, before local authorities initiated the necessary protection process.

Bora Sarıçam, Animal Husbandry Unit Chief at the Ceylanpınar Directorate of Agricultural Management said that they keep the gazelles as far from humans as possible in order to preserve their natural features.

He also said that in order to protect them from the attacks of wild animals, they established natural areas surrounded by cage wire where they also provide them with feed support from time to time.

Goitered Gazelles, or "gazelle subgutturosa," are common in Asia and southern Arabian Peninsula through Georgia, Azerbaijan, Iran, parts of Iraq and Pakistan, Afghanistan, Tajikistan, Kyrgyzstan, Uzbekistan, India, Turkmenistan, Kazakhstan to Mongolia and northwest China. There are also a few numbers of goitered gazelles in several other countries where they live in remote areas or on protected reserves like Turkey. The goitered gazelle, which inhabits sands and gravel plains, run at high speed, without the leaping, bounding gait seen in other gazelle species. These animals also migrate seasonally.