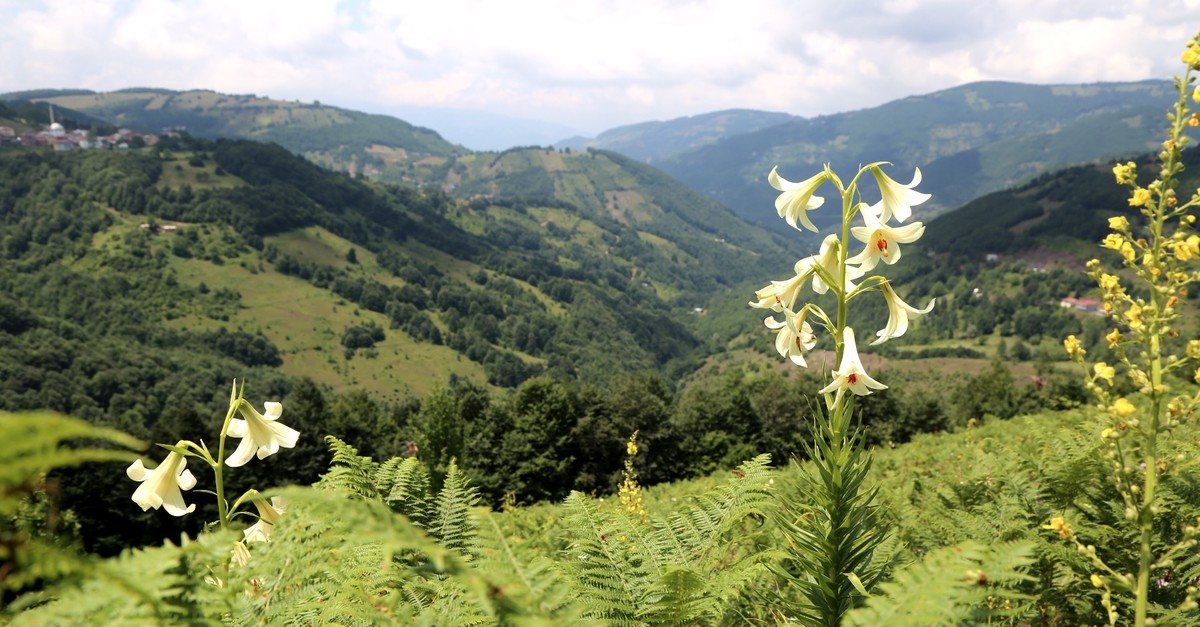 Turkey's endemic lily Akkuş has caught the eye of photographers in the country's Black Sea province of Ordu.

The Akkuş lily grows to be 1.5 meters long and only blooms for around 20 days in June in the Akkuş district of the Black Sea's Ordu province. The Akkuş lily, which is also known as Lilium Akkusianum in Latin, was first discovered in 1993 after five years of scientific studies in Ordu.

The lily was featured in literature in 1998 following extensive scientific research, Soner Yılmaz, the forest operations manager, told Anadolu Agency (AA). He said the lily, which grows only in the Akkuş district, was first photographed by two scientists in 1993 in the province.

"The lily is under protection due to its endemic nature. The fine for removing or relocating the lilies is TL 60,000 per root," he added.

Ordu province, which is rich in flora, is home to more than 700 registered plant types, including some 130 endemic species. The lily consists of around 80 to 100 species native to the temperate areas of the Northern Hemisphere.