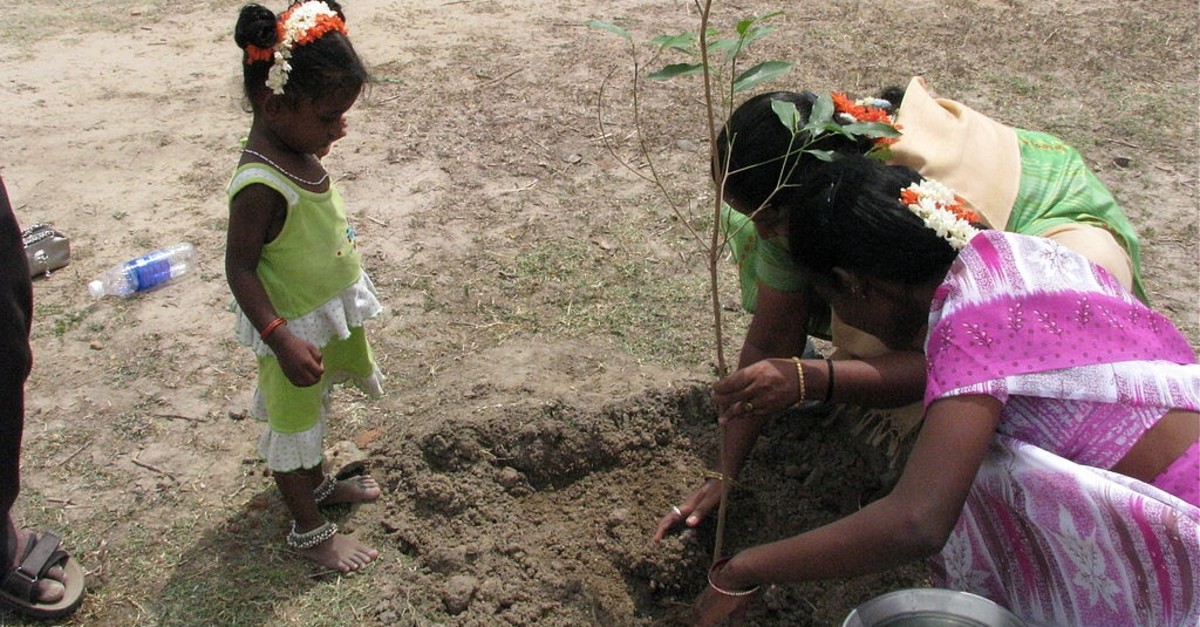 Some residents of the Indian state of Punjab will have to get their hands dirty if they want to have a gun license, according to a new regulation.

Applicants for gun licenses in the Ferozepur district will have to prove they have planted 10 tree saplings with selfies submitted along with other required documents.

The new condition for obtaining a gun license was published last month, stating that "anyone seeking a new arms licence will have to plant 10 saplings, get selfies clicked and submit with file," according to Indian news company the Indian Express.

The applicants must also submit follow-up selfies a month after planting the saplings to prove they are caring for the trees.

"This is our little effort to increase green cover in the area as people in Punjab are crazy about seeking arms licenses, so let them go crazy for plantation as well," District Commissioner Chander Gaind was quoted as saying.

Punjab has 360,000 licensed gun holders, the third largest number in India, according to government data.

Since June 5, the date that the order was issued to coincide with World Environment Day, 23 people have submitted new applications for arms licenses, three of which have been cleared. The selfie submission does not ensure the applicant will be granted a license but is a requirement to be considered for processing.

"Every year, we receive more than 500 new arms license applications. Not all are given licenses, as their police records, etc. are checked first. So far, we have a backlog of 930 pending applications apart from the 23 new applications," arms licensing department official Rajinder Kumar told the Express.

The 930 backlogged applicants have been asked to plant 10 saplings in addition to their previously-submitted applications.

Gaind said the planting requirement is only for applicants at this point, but will eventually be required for renewal of existing gun licenses as well.

With just under 6.9% of forest cover, Punjab is far short of the target of over 20% tree cover. Highway construction and road-widening projects have uprooted hundreds of thousands of trees, according to the Express.

The tree planting scheme "will add more saplings without any extra effort by the department," Gaind said.