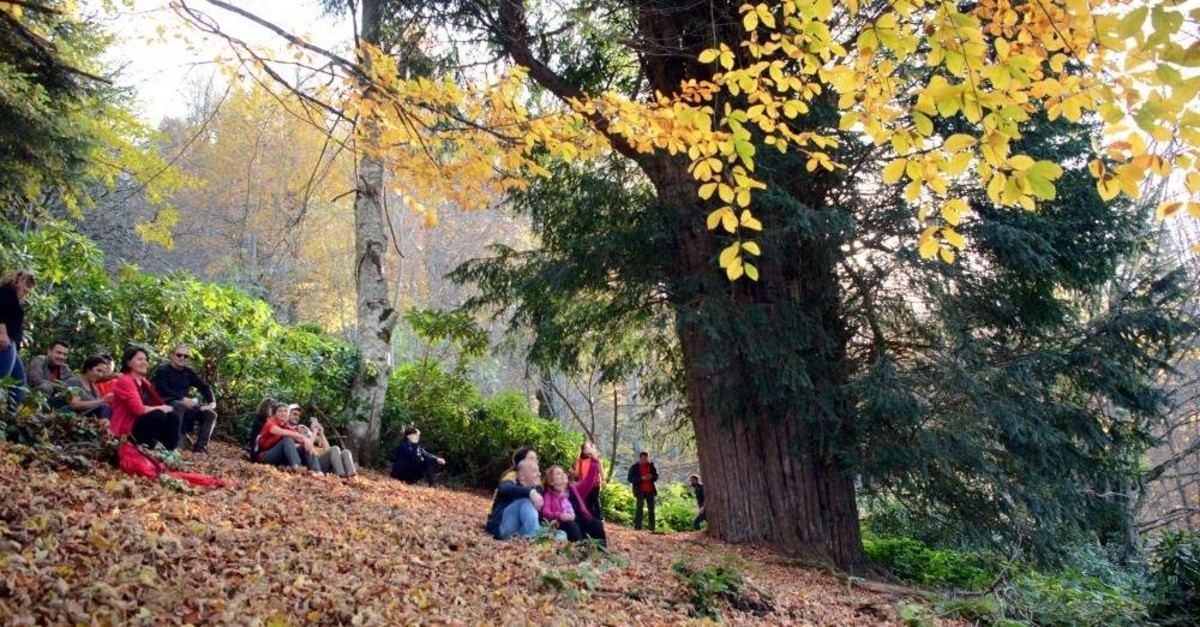 The Black Sea province of Zonguldak is famous for its thick forests and plateaus that offer unique scenery to its visitors throughout the year. However, the city’s major tourist attraction is Gümeli’s yew tree, which is the world’s fifth-oldest tree.
The tree, located in Gümeli Forest, is thought to be 4,115 years old and is 25.5 meters (84 feet) tall with a 7.7-meter-wide trunk. Scientists predict that the ancient yew tree can live on for another 4,000 years.

The yew tree is not the only elder of the Gümeli Forest, which is home to some of the oldest trees in Turkey. According to the studies conducted by Karadeniz Technical University, the oldest yew tree in the world is accompanied by two other yew trees aged 1,990 and 1,167, as well as other trees between the ages of 300 and 500.

The Gümeli Forest is famous among locals as well as nature lovers who have discovered its beauty and serenity. Throughout the year, visitors come to see the ancient tree and sit under it, admiring one of Mother Nature’s wonders.

Müşfik Eker, who regularly organizes nature walks with his friends, came to Zonguldak to see the ancient tree. “Today, we come here to pay a visit to the oldest yew tree in the world. This tree takes people back in time. Who knows what it has seen throughout its lifetime,” he said.

Ayşe Baysal, another visitor to the monumental tree, said: “You get to be alone in nature in this forest. People should come and see this place. We are living so close to the forest but this is the first time we have visited it. I am happy we did.”