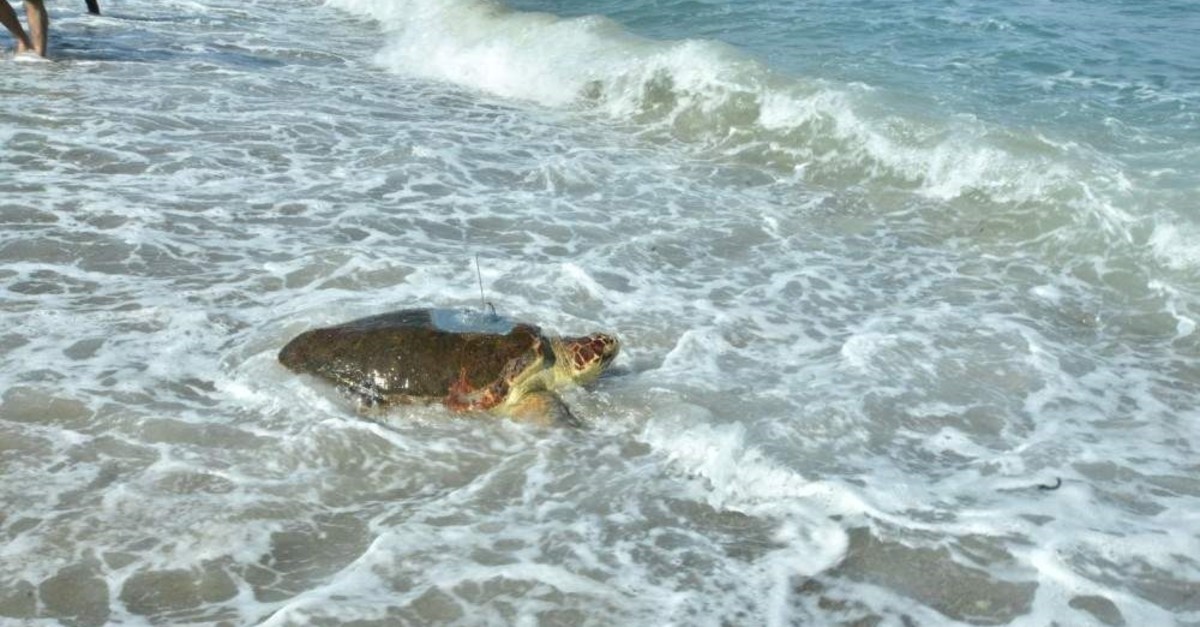 Astrid had a hard life. The young loggerhead turtle washed ashore on the coast of Girne in the Turkish Republic of Northern Cyprus (TRNC) in September 2015 with heavy injuries including bodily wounds, a skull fracture and visual impairment in one eye. She was rushed to the veterinary hospital of Yakın Doğu University for rehabilitation in order for it to return to its home: the Mediterranean.

For four years Astrid was treated and rehabilitated to be able to return to the sea. Finally, this October, the veterinarians taking care of Astrid decided the turtle was ready to go back home and released the loggerhead with a tracker on its back.

According to Astrid’s tracker, the loggerhead has managed to swim more than 1,000 kilometers, passing through Cyprus, Syria, Lebanon and Egypt and settled down near the Suez Canal for winter.