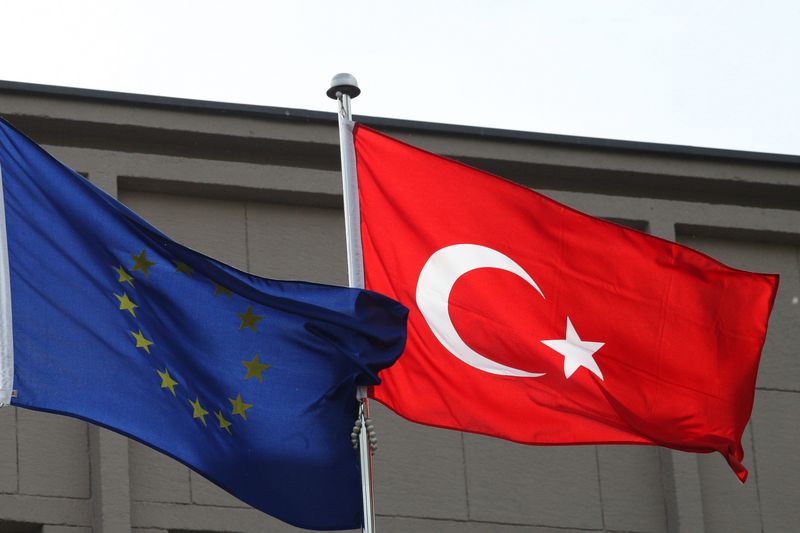 by Daily Sabah Mar 08, 2015 12:00 am
Foreign Minister Mevlüt Çavuşoğlu has stated that Turks will be able to travel without a visa in EU's Schengen countries within three years, while he called on the European Union to "remove the double standard" that has been implemented against Turkey in relation to visa-free travel among EU-member countries.

Speaking at a meeting in a resort town in Antalya's Alanya district on Saturday, Çavuşoğlu said necessary steps are being taken to allow Turkish citizens to visit Schengen countries without a visa. "So far, we have removed visa requirements with 70 countries, but this isn't enough. In about two-and-a-half to three years' time, our citizens will be able to visit Schengen countries without obtaining a visa," he said.

The EU and Turkey will both benefit if Turkish citizens are allowed visa-free travel to the 28-nation bloc, European Union Delegation to Turkey head Stefano Manservisi recently said.

"We have to create conditions for the free circulation of persons. This is in the interest of the EU and Turkey," Manservisi said. The European Commission launched a visa liberalization dialogue with Turkey on December 16, 2013, setting out a list divided into five chapters of what Turkey must achieve to enable Turkish citizens to travel to the EU without a visa.

The dialogue was initiated in parallel with a readmission agreement that would result in illegal migrants who enter Europe via Turkey returning to Turkey. The agreement will enter into effect on December 16, 2016.

"We need to have a properly functioning readmission agreement before the visa liberalization. This is a condition written in the road map," Manservisi said, adding it was not a difficult issue and "can be fully implemented without any problem."

Addressing concerns among EU member states regarding a massive influx of Turkish people emigrating to the bloc, Manservisi brushed them off: "I don't think Europe will be flooded by Turkish immigrants once the visa-free regime starts. Nobody thinks so."

Furthermore, Çavuşoğlu held a meeting with the EU's foreign policy chief to discuss recent developments in Libya and Syria in Latvia's capital Riga on Friday. His meeting with EU High Representative for Foreign Affairs Federice Mogherini was closed to the press.

Çavuşoğlu headed to Latvia after his Germany and France visits to attend the EU Foreign Ministers' meetings. Apart from recent developments in Libya and Syria, the meeting with the EU foreign policy chief also discussed energy cooperation between the EU and Turkey as well as Turkey's EU membership process, diplomatic sources said.