EU Minister warns the West of rising racism and Islamophobia 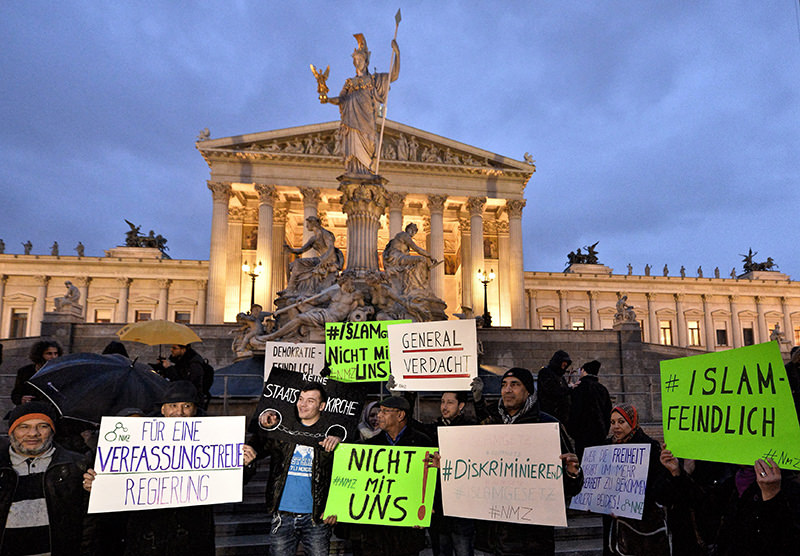 | EPA Photo
by daily sabah
Apr 06, 2015 12:00 am
Minister and Chief Negotiator Volkan Bozkır was in Germany April 4-5 to meet with various nongovernmental organizations and made statements regarding the rising Islamophobic incidents in the West. At a special program on Prophet Muhammad organized by the Turkish-Islamic Union for Religious Affairs in Bad Kreuznach, Germany, Bozkır urged European countries to seek justice for Muslims living in Europe and added that Europe is not just a place for Christians, reiterating that millions of Muslims live in Europe.

While Islamophobic incidents and racism continue to rise throughout Europe, Bozkır emphasized that Europe maintains its discrimination policies. He further said that everyone must fight against Islamophobia and that it is a crime against humanity just like racism. He also strongly criticized those who blamed Islam for terrorism and added: "Islam does not accept murders, and we will keep saying this until all Western people fully understand it."

"Islam, which means peace in the lexical sense, never tolerates or encourages terrorism; it is unacceptable," he said. He also criticized the Western media due to the recent Germanwings plane crash in France that killed 150 people, for which preliminary investigations indicate the co-pilot deliberately brought the aircraft down. He asked: "Why is a German co-pilot who caused the incident not called a Christian terrorist? Why is Islam always linked to terrorism?"

Bozkır left for Hungary on Monday to attend a meeting on energy security, which will include officials from five other countries including Macedonia, Serbia and Greece.