EU Minister: Turkey will not be an open-air refugee camp after EU deal 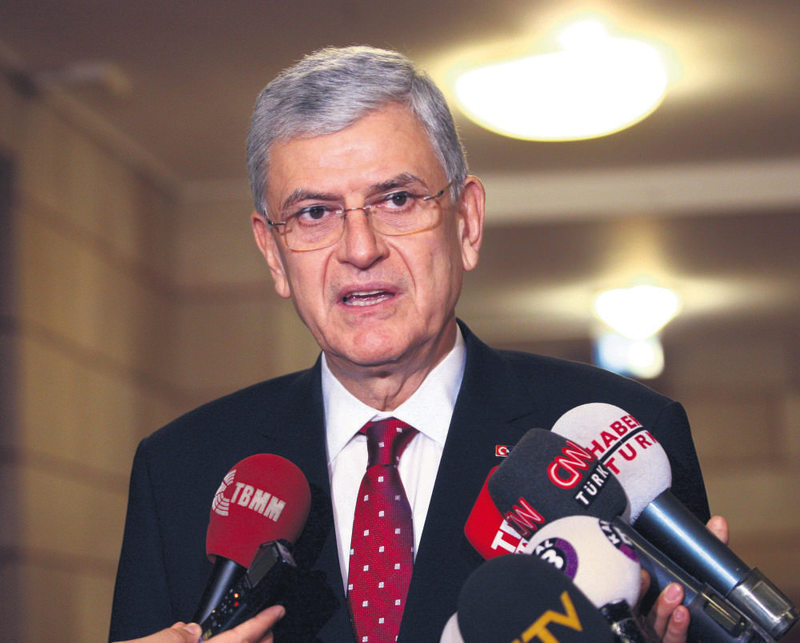 by Ali Ünal Dec 04, 2015 12:00 am
Turkey's EU Minister and Chief Negotiator Volkan Bozkır said claims about Turkey becoming Europe's open air refugee camp in exchange for 3 billion euros neither reflects the truth nor does it encompass the principal aim of the refugee action plan: Managing the refugee flow to Europe in a more controlled and organized manner. EU Minister Volkan Bozkır started his two-day working visit to the European capital of Brussels on Thursday, days after EU and Turkish leaders held a joint summit for the first time in 11 years and finalized the EU's refugee action plan.

Speaking to a group of journalists who accompanied him on the visit to Brussels, Minister Bozkır said that all of the EU leaders are aware that the refugee flow to Europe is unstoppable, stressing that, therefore, the main goal of the refugee action plan should be to slow the flow of migrants into Europe rather than keeping everyone out. ''During last Sunday's summit, German Chancellor Angela Merkel and other EU leaders stressed that nobody can prevent refugees from crossing into Europe. But we can control this flow in a systematic way. This is where Turkey will help Europe.''

Regarding the claims that Turkey will turn into an open air refugee camp after the EU deal has been signed, Minister Bozkır called these accusations unjust and added that they are not reflective of the truth. ''After the deal, the EU determines its refugee quotas every year and the refugees will be accepted by Europe systematically and in a manner worthy of human dignity,'' he said.

Underlining that EU funds will be earmarked for refugees alone, Minister Bozkır mentioned the different ways these funds might be used. ''It mostly depends on the Syrian crisis. If the Syria crisis is resolved, then the funds may be spent on the return of refugees. However, if the crisis worsens, then the fund can be spent on preventing another refugee crisis," Bozkır said.

Saying that Chapter 17 will be open for negotiations on Dec. 14, the minister added that Turkey is expecting to open five more chapters for negotiations. ''In addition to this chapter, we are also expecting five more chapters to be opened during negotiations. These will include Chapter 23 on political issues, Chapter 24 on justice, freedom and security, Chapter 26 regarding education and culture, and Chapter 31 on international security and defence policies. These articles are all currently blocked by Cyprus so prior to making any decisions regarding the opening of these article discussions, we will start negotiations to work on whatever we need to do.''Addressing the issue of visa-free travel for Turkish citizens in return for Ankara's implementation of the readmission agreement, Minister Bozkır underlined that the readmission agreement must be understood thoroughly. ''We [Turkey] accept our citizens who have entered Europe illegally, without need for a readmission agreement. We also accept the return of those individuals who illegally fled to Europe through Turkey. The main topic of discussion here is the return of those who claim to have illegally entered Europe through Turkey. Turkey will establish a commission to determine whether those individuals really left Turkey. This commission will examine the status of these individuals as well. Following the examination of these individuals by the commission Turkey has established, if it is determined that these migrants are indeed from Turkey then we will accept them back."