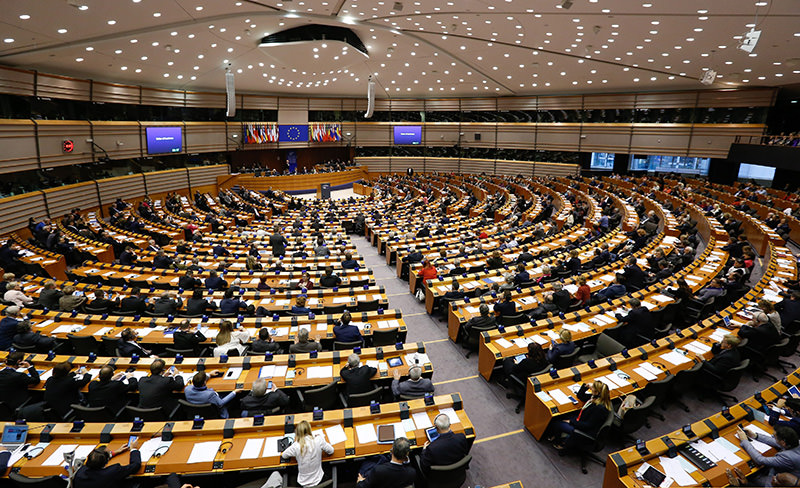 Members of the European Parliament (EP) will discuss the EU Commission's proposal on visa exemption for Turkish nationals in Schengen zone in a plenary session on Wednesday.

The discussion was added to the plenary session agenda on Tuesday.

The Commission's report proposing visa exemption was discussed on the Committee of Civil Liberties, Justice and Home Affairs on Tuesday, with some members of the committee criticizing the the report and the EU-Turkey migrant deal.

Members of the Committee also heard the opinion of EP's Legal Service regarding the report's compatibility with EU law, which said that it does not constitute any legal objections.

Turkey has five benchmarks, out of an initial total of 72, to fulfill by the end of June, according to the European Commission report.

However, President Recep Tayyip Erdoğan criticized Friday the benchmark to revise Turkey's terrorism laws in return for visa exemption. "We will go our way; you go yours," he said, addressing a local rally in Istanbul on Friday. "The EU is telling us to change our law on combatting terrorism. [They] are allowing terrorists to raise tents and then [they] come with requirements."

Later on Monday, Erdoğan released a message on Europe Day, defining EU membership as a strategic goal while calling on the EU to Show a more determined stance in fight against terrorism.

A press release by the Commission has outlined the five benchmarks which are still need to be met by Turkey before June 2016: