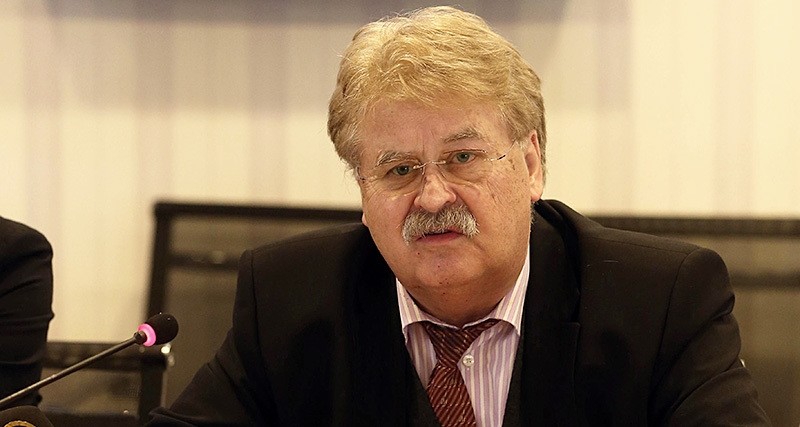 Elmar Brok, chairman of the European Parliament Committee on Foreign Affairs, has said Turkey has a higher quality of democracy than some countries which already enjoy visa-free travel to EU states.

Speaking at a conference on EU-Turkey relations in Lausanne on Thursday, Brok said: "We have done it with Colombia, which is concluded, and the United Arab Emirates have visa freedom and l cannot remember that they have a higher quality of democracy than Turkey."

"The EU has closer relations with Turkey than most other countries. Two-thirds of foreign investment in Turkey comes from the EU," he said.

"Turkey is strategically more important for Europe than it was in the time of the Cold War," Brok added.

Regarding the refugee crisis, Brok noted that 10,000 refugees per day were arriving to Greece from Turkey last October but that this number had dropped to between 25-30 on average as Turkey "kept its promises" on an EU-Ankara deal.

The EU-Turkey refugee agreement, which came into effect in late March, aims to discourage irregular migration through the Aegean Sea by taking stricter measures against human traffickers and improving the conditions of nearly three million Syrian refugees in Turkey.

The deal also allows for the acceleration of Turkey's EU membership bid and visa-free travel for Turkish nationals within the Schengen area, on the condition that Ankara meets 72 requirements set by the EU: "Our European countries have decreased the amount of money for the World Food Programme for the camps around Iraq and Syria ... That was the reason after Turkey said: 'Let them [refugees] go [to Europe]. Why should we keep them alone without the support by EU?'

"That was not a Turkish mistake; that was our mistake," Brok added.

"What we do now is to give six billion euros [$6.7 billion] not to Turkey's budget but to support the refugees for medical services and schools. Children with no education will be the next victims for recruitment for Daesh," Brok warned.