EU Minister Çelik: EU has to do its part or face crises alone 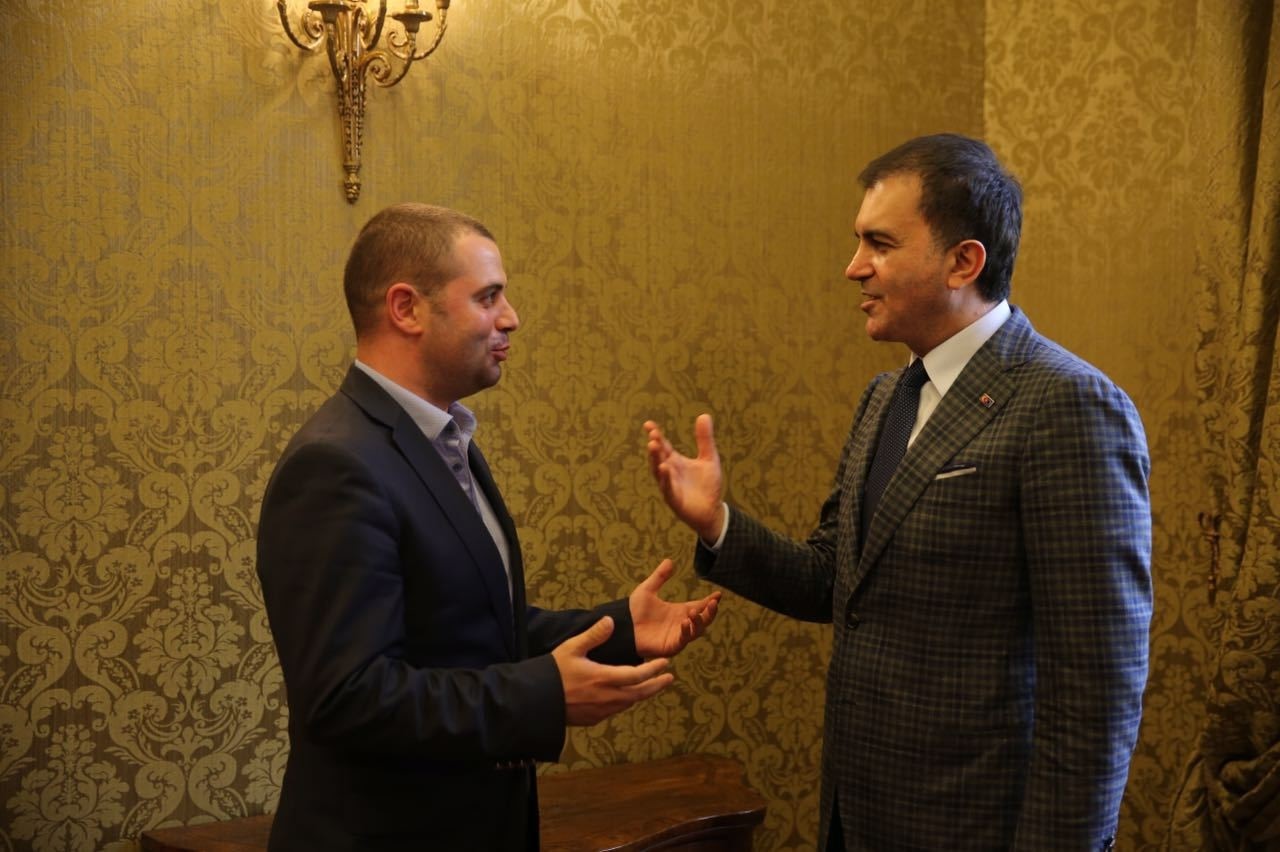 Daily Sabah's Yahya Bostan (L) and u00d6mer u00c7elik
by Yahya Bostan Jun 24, 2016 12:00 am
EU Minister and Chief Negotiator Ömer Çelik warned the EU during his visit to Rome on Thursday that if the EU maintains its attitude and rhetoric on Turkey it will be left defenseless in upcoming crises.

Answering questions from journalists who accompanied him on his visit to Rome, Çelik said that the EU did not keep its promise regarding the one-in-one-out migrant agreement. "We did our bit and brought the crisis under control. As 7,000 people were crossing per day, now this number has decreased to between 20 and 30. Most importantly no one lost their lives in May; however, the crisis is dynamic. We say that we have to take new steps," he said, asserting that the agreement proves how much the EU needs Turkey.

Prefacing that there are currently 3 million refugees in Turkey, more than 2.7 million of them Syrian, Çelik said that only 462 refugees were sent back to Turkey and 750 have been sent to the EU by Turkish officials. "Even the agreement coming into effect ended the crisis," he said. "They were talking about 72,000 people; certainly not a large number compared to the 3 million people displaced by war, but today there are big discussions regarding the 750 people who were sent."

Citing that Italy has taken in the third-most migrants sent from turkey at 64, he said: "The Italians say: 'If we come in third with 64 refugees, then it means that we do not share the burden with Turkey at all,'" Çelik said.

Regarding questions about whether Turkey will open its European borders to refugees in case the Turkish-EU deal collapses, Çelik said that Turkey will maintain its humanitarian approach to refugees. He further said the EU has to do its bit in dealing with the refugee crisis, as Turkey has been working on the issue on its own, adding that, otherwise, the EU would be left defenseless in future crises.

Criticizing the uncertainty about the 3 billion euros from the EU to be sent to Ankara for the migrant crisis as promised, he said: "You released 7 billion euros for the economic crisis in Greece, but in the case of such a crisis that is a hundred times bigger than that you are discussing whether or not to release 3 billion euros," expressing that the funds should be given to the Prime Ministry Disaster and Emergency Management Authority (AFAD) and should be inspected thoroughly.

He further touched on the EU's requirement that Turkey narrow its counter-terrorism laws in return for visa liberalization for Turkish citizens which resulted in Ankara delaying its final approval on the refugee deal."We are very clear about the issue of terror. Reducing our capacity to fight terror is out of the question. We cannot put our signature on it." Due to the EU's requirement to better define terrorism and its related laws and laws concerning the protection of personal data, Çelik said that the Turkish technical committee studies and meetings with the vice president of the European Commission will form this process and the results will be presented to Prime Minister Binali Yıldırım and President Recep Tayyip Erdoğan.

Further addressing the EU's concerns over the recent arrest of journalists from the pro-PKK Özgür Gündem newspaper, Çelik said that the newspaper had propaganda that included advice that the "PKK should spread its agency to Western cities, as well," and said that such terror propaganda is not a freedom of the press issue.
Last Update: Jun 24, 2016 2:58 am
RELATED TOPICS