If no visa-free travel by Oct, no migrant deal, FM Çavuşoğlu says 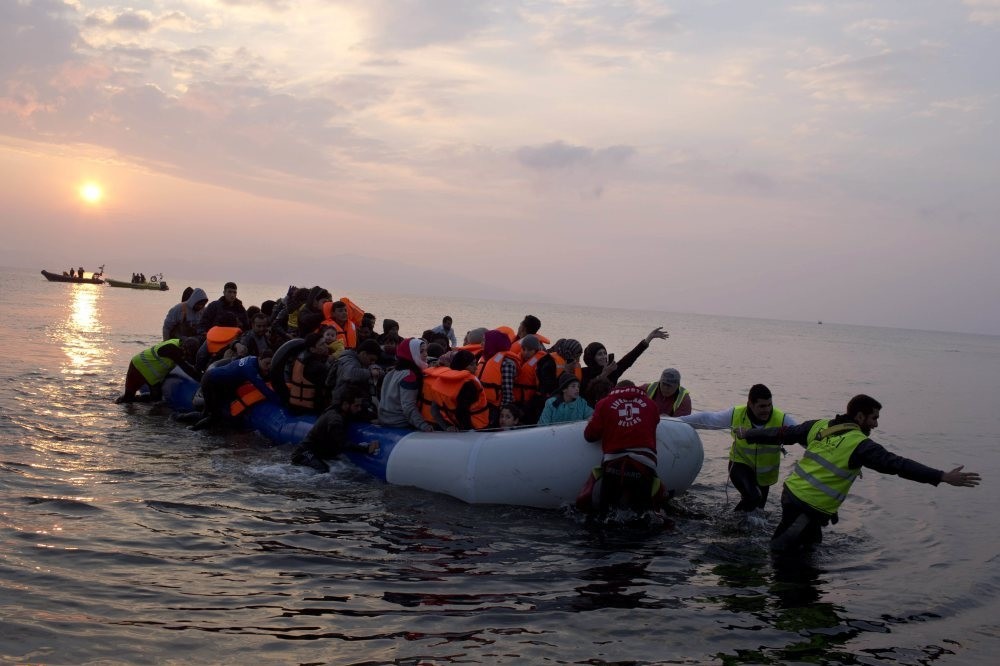 Volunteers help migrants as they arrive at the shore of the northeastern Greek island of Lesbos on March 20.
by Daily Sabah Aug 02, 2016 12:00 am

Even though the EU enjoys the perks of the migrant deal with Ankara that halted the influx of migrant to a great extent, the 28-nation bloc is reluctant to keep its promise and grant Turks visa-free travel, which according to FM Çavuşoğlu risks the whole agreement

Foreign Minister Çavuşoğlu said on Sunday that Ankara will give until October for visa-liberalization, which will allow Turkish citizens to travel to the EU's Schengen zone without a visa.

Speaking to the German Frankfurter Allgemeine Zeitung newspaper, Çavuşoğlu said that if Turkish citizens are not granted visa liberalization by October, then Ankara will stop preventing Syrians from trying to get to Europe in accordance with the Readmission Agreement signed with the EU on March 18.

Asserting that it is not a threat, Çavuşoğlu said that Ankara has adopted a devoted attitude concerning the Readmission Agreement. "If visa-free travel is not granted to Turkish citizens, then we will have to step back from the Readmission Agreement and the March 18 consensus," Çavuşoğlu said, adding that Ankara is expecting an exact date. Recently, after the failed July 15 coup attempt, European Commission member Günther Oettinger said that visa-free travel Turkish citizens is still being discussed in European Parliament, but he did not foresee any chances for visa liberalization before the end of the year.

The Readmission Agreement enabled the EU to return illegal migrants who traveled through Turkey back to Turkey in order to be processed before they are sent back to their country of origin. Citizens of Iraq and Syria, which make up the majority of illegal migrants, are not part of the deal.

Turkey was one of the first countries to open its doors to Syrian refugees displaced by war and sever ties with Bashar Assad's brutal regime, which violently suppressed any opposition. Nearly six years on, Turkey still remains a safe haven for refugees who streamed into the country with few possessions, little or no money. Although Lebanon and Jordan, Syria's other neighbors, accepted refugees, Turkey has been lauded by the international community for offering the best accommodation standards to the refugees. Today, 2.7 million refugees from Syria live in Turkey, a figure that was unimaginable when the first group of 252 quietly entered the country in 2011.
RELATED TOPICS