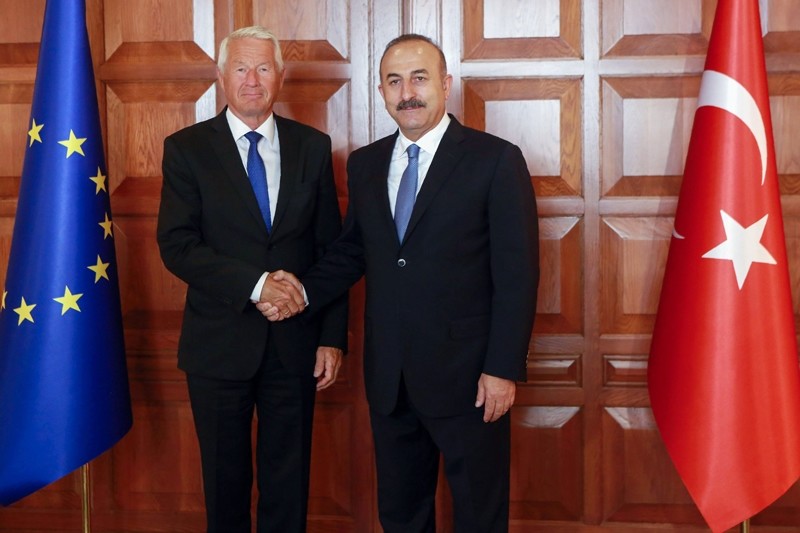 Speaking at a joint news conference in Ankara with Foreign Minister Mevlüt Çavuşoğlu, Jagland said, "I recognize that there is a need for taking on those behind this coup and this secret network that has infiltrated in the state institutions, the military and judiciary."

"But it is also very important that this is being done in conformity with (European) law, and standards of the European Convention of Human Rights and the case law of the court of Human Rights which is a very good guidance," he said.

Meanwhile, criticizing the EU's stance on the coup attempt, FM Çavuşoğlu said, "We do not ask the European states or media to be on our side. We ask them to be objective and honest."

"I would like to say that there had been too little understanding in Europe on what challenges this has caused to the democratic institutions and the state institutions of Turkey," he said, adding that this needed to be dealt with.

Jagland concluded that he appreciated the 'cooperative approach taken by FM Çavuşoğlu and the entire Turkish government.'

Jagland is the most senior European official to visit Turkey since the failed July 15 military coup, when a group of rogue soldiers linked to FETÖ commandeered tanks, helicopters and fighter jets in an attempt to overthrow the democratically elected government.

Fethullah Gülen, the head of FETÖ, is accused of being behind a long-running campaign to overthrow the state through the infiltration of Turkish institutions, particularly the military, police and judiciary, forming what is commonly described as a "parallel state."
Last Update: Aug 03, 2016 4:40 pm
RELATED TOPICS