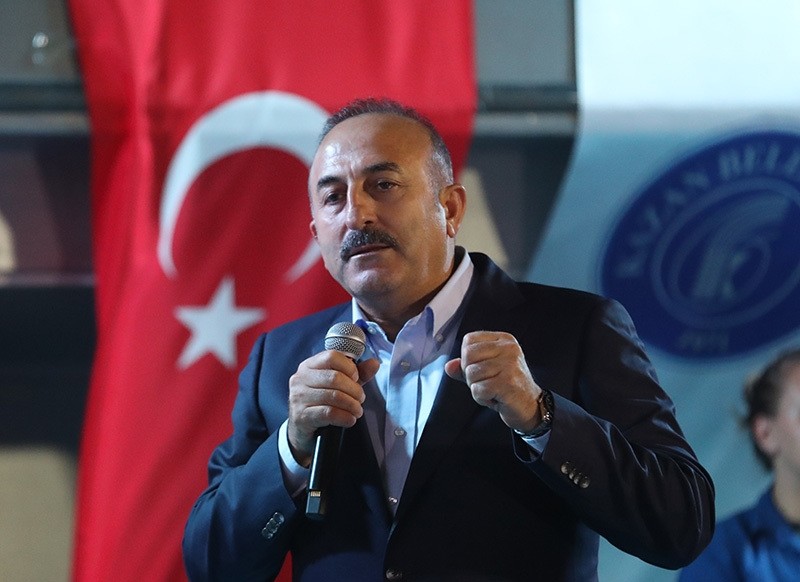 Turkish Foreign Minister Mevlüt Çavuşoğlu accused Austria of radical racism on Friday, following a dispute between Vienna and Ankara about Turkey's admission into the European Union.

Earlier this week, Austrian Chancellor Christian Kern said the EU's membership talks with Ankara are "a diplomatic fiction" and Turkey's democratic standards are not sufficient for the bloc.

Turkey has been a candidate to join the European Union since 1999, but progress has been slow.

The spat came after Austrian chancellor Christian Kern on Wednesday said Turkey was heading toward a dictatorship and questioned whether the EU should continue membership negotiations with Ankara.

Çavuşoğlu on Thursday accused Kern of making a series of comments on Turkey that were "each uglier than the other," and of making disparaging comments against Turks living in Austria.

"What's even worse is that they call our people, the Turkish people, who live in Austria, radical," he said. "Above all, they lie - I'm speaking candidly."

Nearly 26,000 people have been detained in Turkey since a coup attempt on July 15, while tens of thousands of civil servants have lost their jobs, prompting policy makers across Europe to urge Turkey to show restraint in its reaction to the military action.

Çavuşoğlu defended himself from critique from other European politicians on TGRT as well.

"From now on they can't give us any more lectures about democracy," he said.

"[I'm] reminding the Turkish Foreign Minister to exercise restraint and [I] reject his critique severely," he wrote.