If fight against terrorism not impeded, Turkey could modify anti-terror law, says ambassador to EU 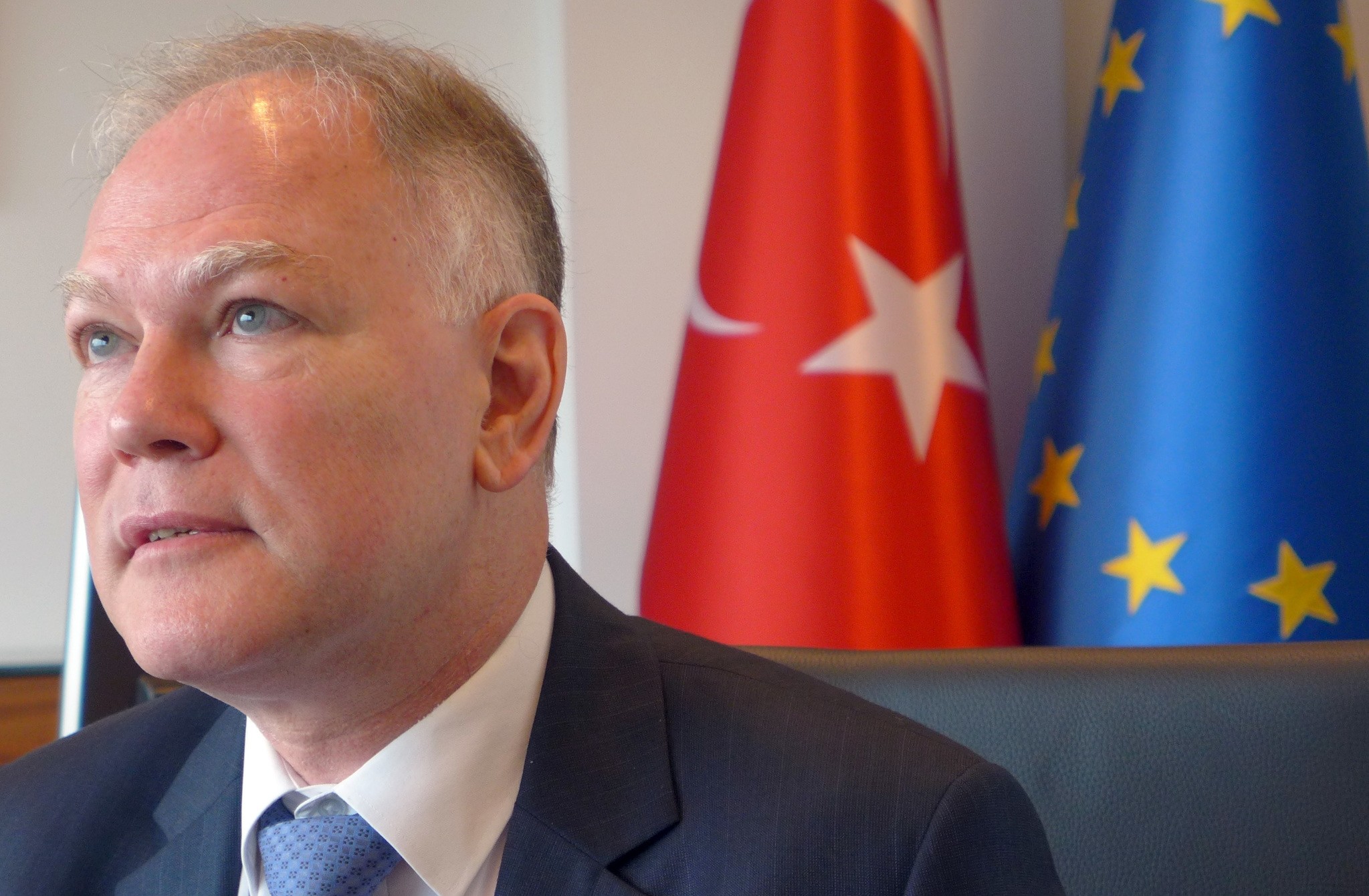 Turkey's Ambassador to the European Union Selim Yenel speaks during an interview at the Turkish embassy in Brussels on Thursday, Aug. 11, 2016. (AP Photo)
by Daily Sabah with AP Aug 11, 2016 12:00 am

Turkey would be willing to modify its anti-terror law if the changes don't impede the fight against terrorism and if Turkish citizens are guaranteed visa-free travel in Europe, Turkey's ambassador to the European Union said Thursday.

Ambassador Selim Yenel told The Associated Press in an interview that "it's very difficult to change the legislation, but we're not closing the door."

"As long as it doesn't affect our fight against terrorism, in all its forms, then we can look at some wordings," he said.

The EU wants Turkey to change its definition of terrorism and what constitutes a terror act to ensure that journalists and academics aren't arrested.

That condition is one of 72 benchmarks that Turkey must respect before it can win the visa-waiver. But several suicide bombings in Turkey, on top of last month's failed coup attempt, make it almost politically impossible for President Recep Tayyip Erdoğan to soften his stance on terrorism.

The waiver is part of a package of incentives — including up to 6 billion euros ($6.7 billion) in funds for Syrian refugees in Turkey and fast track EU membership talks — the EU has offered to persuade Ankara to stop refugees coming to Europe and take back thousands more. More than 1 million migrants arrived in Europe last year and EU nations still can't agree on how best to tackle the emergency.

Yenel warned that Turkey would suspend the migrant deal if the EU doesn't grant the waiver "in the next few months." The waiver would allow Turkish citizens to travel visa-free in the 26 European nations of the Schengen open borders area for up to 90 days without a visa. Turkey had hoped to qualify for it last month.

"If we fulfill everything, and still we don't get visa liberalization, then the (migrant) readmission agreement will not be realized. We will suspend it," he said.

Yenel underlined that the widely-criticized deal is working, with migrant arrivals from Turkey down from thousands daily to a few dozen.

"We have solved their so-called existential problem and we feel that we need something in return," he said.

The ambassador also appealed for understanding from allies in Europe and at the NATO military alliance, saying that "we're very lucky" the July 15 coup attempt was botched.

The attempted coup on July 15 killed 246 people, and left nearly 2,200 injured.Turkey's government has repeatedly said the coup attempt was organized by followers of Gülen, who has lived in self-imposed exile in the U.S. since 1999.

"Please give Turkey the benefit of the doubt," said Yenel, who accused the "chameleon" like movement of creating a "parallel state" in the country.

He acknowledged that the Turkish military had been shaken by events, but said NATO "should not be worried."

"Although the numbers of military people implicated have been high, it's only a small proportion, and the army is capable of managing things," he said. "In a few months' time, this will be over."