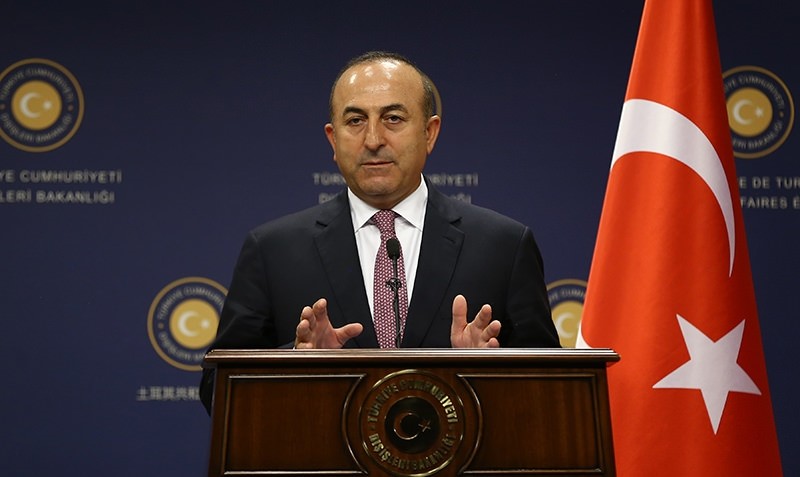 Foreign Minister Çavuşoğlu sent yet another ultimatum to the European Union, saying that the 28-nation bloc has to fulfill its responsibilities and grant Turkish citizens visa-free travel by the end of October, or else Ankara will end the migrant deal

Foreign Minister Mevlüt Çavuşoğlu told a German newspaper that if the European Union does not grant Turkish citizens visa-free travel by October Ankara will scrap the deal to stem the flow of illegal migrants to the bloc. When asked whether hundreds of thousands of refugees in Turkey would head to Europe if the EU did not grant Turks visa-free access in October, he told the Bild newspaper's Monday edition: "I don't want to talk about the worst case scenario – talks with the EU are continuing, but it's clear that we either apply all treaties at the same time or we put them all aside." The readmission process between the EU and Turkey entered into effect in October 2014 that makes it possible to return undocumented, illegal migrants who enter Europe from Turkey.

Full implementation of the readmission agreement is required in order to implement a visa-liberation process for Turkish citizens.

Talks over visa-free travel to the EU's Schengen zone for nearly 80 million Turkish citizens soured when the EU requested that Turkey complete five remaining benchmarks out of the required 72, including one on streamlining Ankara's terrorism laws. This would have required reforming Turkish terrorism laws in accord with EU norms, a position Ankara sees as tying its arms behind its back while fighting active terrorist organizations.

Çavuşoğlu added that Turkey needs defense cooperation with countries outside NATO because some Western partners are unwilling to sell equipment to Turkey or exchange intelligence.

He said that Turkey is "one of NATO's biggest supporters." He dismissed speculation that Turkey could ultimately leave the Western alliance, saying the idea is being raised "by anti-Turkish circles, not by us."

"It is clear that we must also cooperate with other partners on buying and selling weapons systems. There are NATO partners who, for example, deny us the sale of air defense systems or the exchange of information."

The readmission agreement was signed in 2013 and went into effect in 2014. A new agreement signed in November that shortened the transition time for the deal to take effect, allows Turkish citizens to enter the Schengen area without a visa.