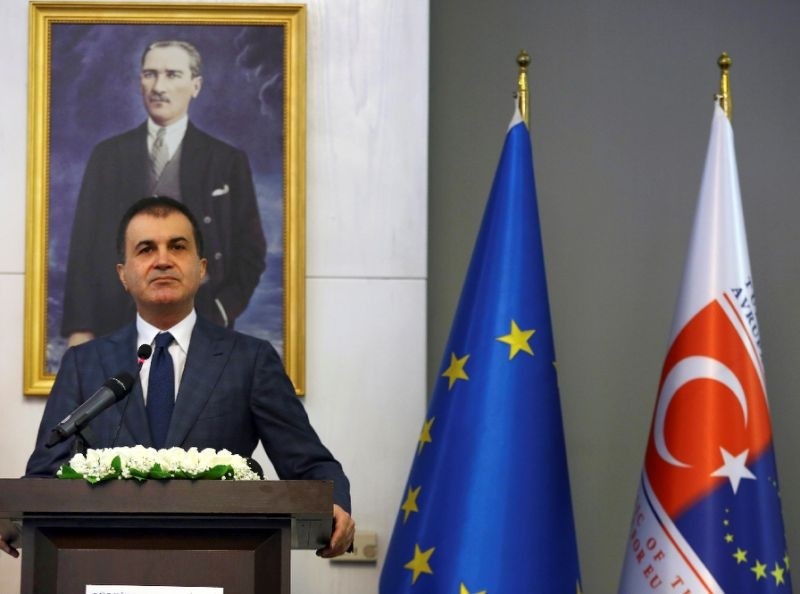 Çelik told German media outlets that no member-state of the European Union had visited Turkey following the coup attempt, even though they all traveled to France shortly after the Charlie Hebdo terrorist attack in Paris in January 2015, to show solidarity with the country.

The minister also noted that making changes to Turkey's anti-terror laws would pose a security threat to Europe, while he underscored that Turkey's accession to the EU would benefit both sides strategically, politically and economically.

"It would be a historical mistake to oppose Turkey now," he said.

Çelik reiterated once again that the failure to ensure visa-liberalization for Turkish citizens under the scope of the EU-Turkey readmission deal would cause the deal to fall apart.

On July 15, a group of rogue soldiers associated with the Gülenist terror-cult (FETÖ), led by Fetullah Gülen, attempted to overthrow the government in Turkey through a military takeover, killing over 240 people and injuring over 2,000.

Europe's failure to show solidarity with Turkey following the failed coup attempt has been criticized by many figures, including former Swedish Prime Minister and the co-chair of the European Council on Foreign Relations Carl Bildt, who warned that the EU's indifferent attitude could lead it to losing its moral authority. He also provided a reminder that the EU would be facing a refugee disaster if the coup had successfully taken place and the government had been brought down.