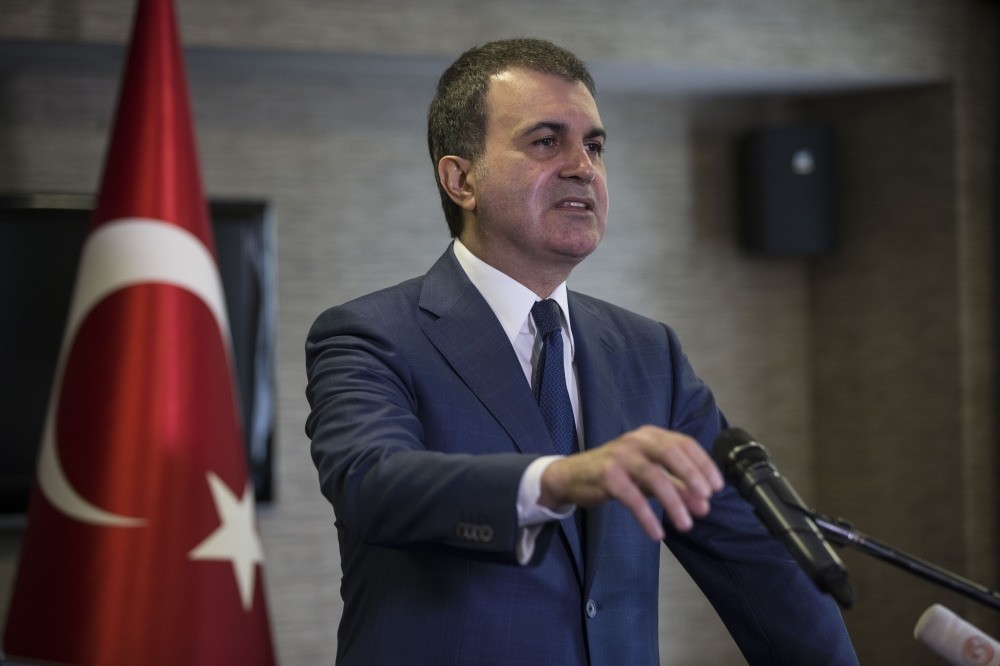 Speaking at a joint press conference held together with the Minister of State for Europe at the German Federal Foreign Office Michael Roth, Çelik stated that the EU did not keep its promise of visa liberalization to Turkey. The Minister said Turkey is currently waiting for an exact date for visa liberalization due to promises not kept by the EU so far, adding that, "If the EU does not give an exact date, we will definitely not put further mechanisms into practice, such as the readmission agreement." The Minister stressed that it is necessary to create a balance between Turkey and the EU, as cooperating is now more important than ever for both sides, considering the threats and problems caused by the ongoing refugee crisis.

Also commenting on the Euphrates Shield operation launched by Turkey on Wednesday to clear Syria's northern border-city of Jarablus of terrorist organization DAESH, Çelik remarked that the organization is not a threat to just Turkey but to the whole of Europe. "This is Turkey's right of self defense. Defeating this organization is among our priorities," Çelik said.

The Minister further stated that what happened during the July 15 coup attempt proved to the whole world that Turkish democracy is at the European standards. "Some foreign press organs have been making a black propaganda about Erdoğan, calling him names such as a 'dictator.' But the real dictators here hid themselves behind tanks while the first president elected by Turkey's people themselves, Recep Tayyip Erdoğan, stood by his people against those tanks that night," Çelik said.

The EU and Turkey reached an agreement in March to reduce the worst migration crisis that Europe has seen since World War II with EU countries tightening checks on the migration flow and sending refugees who arrive in Greece back to Turkey in exchange for legally processed refugees.In return, Turkey is bounded to receive benefits including visa-free travel for its citizens to the EU's Schengen zone, which in the accord is promised at the latest by June 2016, together with receiving a total of 6 billion euros up to the end of 2018 to spend on meeting Syrian refugees' needs in Turkey.

Over the past year, hundreds of thousands of refugees have crossed the Aegean Sea to reach Greece. This has placed a huge strain on the austerity-hit EU member and threatened the EU's internal open-border system, as countries to the north of Greece impose border restrictions.
RELATED TOPICS