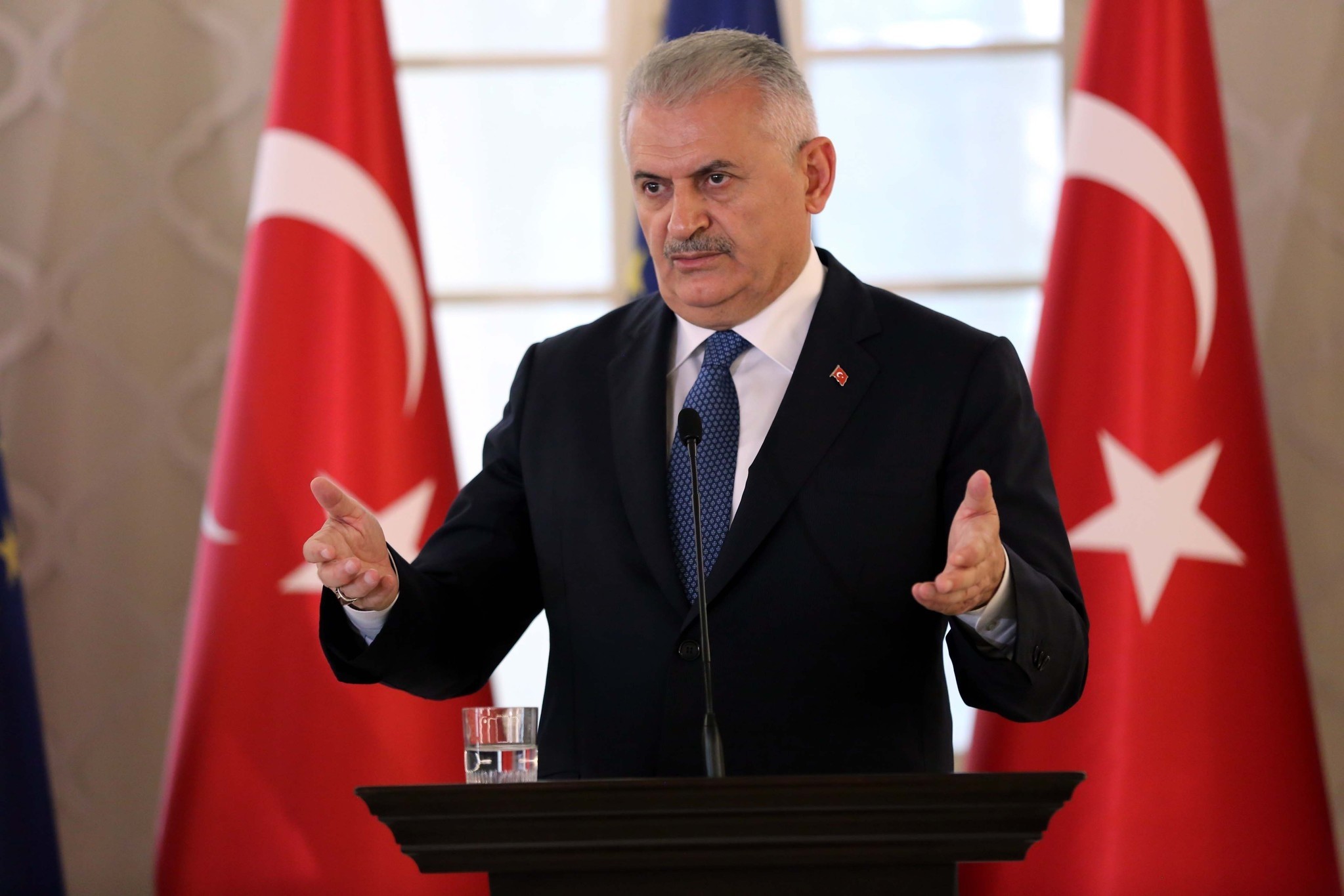 Prime Minister Binali Yıldırım said he had made clear to visiting European Parliament President Martin Schulz on Thursday that Turkey could not ease or make amendments to its anti-terrorism laws, a demand of Brussels in order for Turks to gain visa-free travel to Europe.

"We once again reiterated that we cannot make an adjustment to the anti-terror laws due to the circumstances that we face today," he told a joint news conference with Schulz in Ankara.

"The EU must understand that the fight against terror in Turkey affects EU security aswell," Yıldırım asserted, saying that any easing on the law could make the security threat grow.

Turkish officials have warned that Ankara could stop helping to stem the flow of refugees and migrants to Europe if the 28-nation bloc fails to relax travel rules for Turks from October as promised under a migration deal struck earlier this year.

Meanwhile Schulz stated that differences over the terror law do not mean a deal to grant Turkish citizens visa-free access to Europe will fail.

Stressing that Turkey has been fighting fiercely against all terror types including the PKK/PYD, YPG and Daesh, Yıldırım added: "We believe our European friends can understand us."

Schulz was on his first visit to Turkey after the July 15 defeated coup organized by the Gülenist terror-cult FETÖ.

Referring to a "lack of strong voices [from Europe] against the coup attempt", the Turkish premier said the extent of the coup is better understood today.

"FETÖ is difficult to grasp at first glance," Yildirim said, "because it is a closed and non-transparent organization. No matter how closely you follow its activities, it is still impossible to understand the extent of the danger."

Schulz said Europe strongly condemned the coup attempt and that the resistance of unarmed Turkish citizens was an honorable act.

He pointed out that the most significant criteria showing the quality of democracy was freedom of the media and of expression.

In return, Yıldırım told Schulz that Turkey was a state of law and that the judgment procedure would continue in accordance with the principle of separation of powers.

He also responded to concerns in Europe about the arrest of journalists during anti-terror operations.

"No journalist can ever support a terror organization or participate in its activities," he said. "Those [arrested] here are different. They have the journalist's [press] card, but they are actively supporting FETÖ."

The pair also discussed developments in Syria and Iraq, as well as the issue of refugees, the PM said.