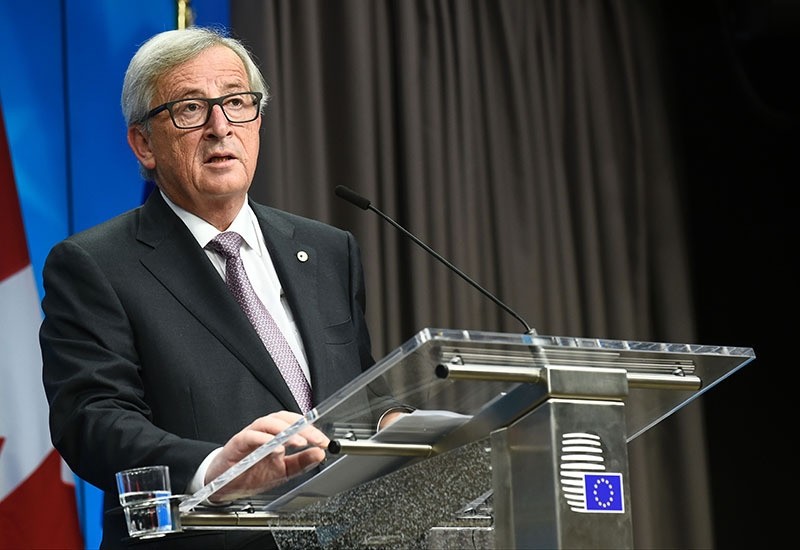 European Commission President Jean-Claude Juncker said on Tuesday that Turkish citizens will not be granted visa-free travel to Europe if Turkey does not meet the EU criteria.

The Turkish-EU deal began in March with Turkey's initiative and was primarily aimed at preventing loss of lives in the Aegean Sea.

The agreement also includes the acceleration of Turkey's EU membership bid and visa-free travel for Turks within the Schengen area on the condition that Ankara meets 72 requirements set by the EU.

Turkey has met most of the requirements but the EU's demand for changes to its anti-terrorism laws has led to a deadlock.

Foreign Minister Mevlüt Çavuşoğlu said on Thursday that Turkey had already offered solutions for the deadlock, but will not make concessions on its anti-terrorism laws.