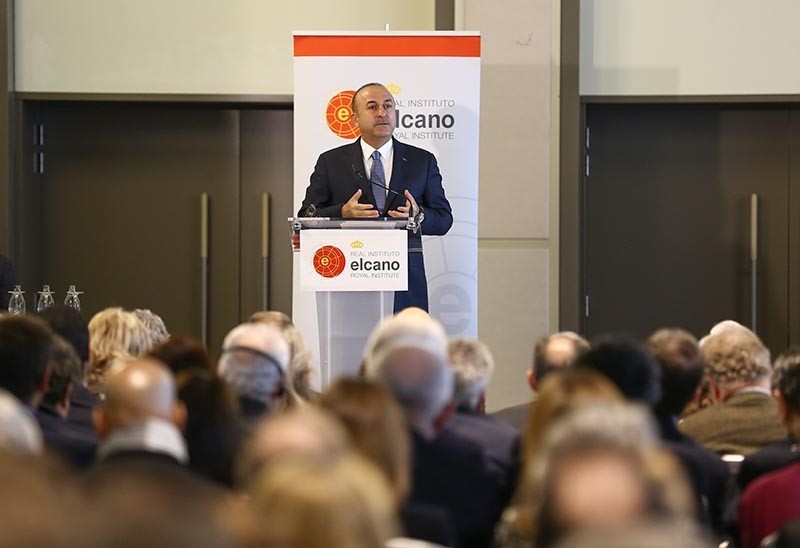 Foreign minister said on Thursday the European Union should clarify its position regarding Turkey's membership in the bloc.

Speaking in Madrid at a conference hosted by the Real Elcano think tank, Foreign Minister Mevlüt Çavuşoğlu said: "We are very clear… we want to be full members."

"If the EU doesn't want to respect the agreement, then they have to make a decision and be honest with us," he added.

Çavuşoğlu noted that despite beginning negotiations in 2005, the same year as Croatia -- which now has full EU membership -- few additional negotiating chapters had been opened.

"I know that it's difficult with internal politics and populism on the rise," he told the audience of diplomats, which included Spain's new foreign affairs minister, Alfonso Dastis.

"We are faced with leaders who prefer isolation and discrimination and want to build walls to exclude different cultures and religion," Çavuşoğlu added.

The minister added he was "fed up with the double standards," in terms of the EU's treatment of Turkey.

He said other countries in the EU had weaker democracies than others but were not and should not be treated as "second-class citizens."

The minister also scolded the EU for questioning Ankara's changing relationships with other countries, such as Russia:

"After the incident [in 2015 when Turkey shot down a Russian warplane] the West and NATO told us to normalize relations with Russia to avoid tensions… And since we've normalized relations people are asking: 'Why are you doing this?"

His visit to Madrid comes after a tour through Latin America. Later on Thursday, he will fly to Ukraine.