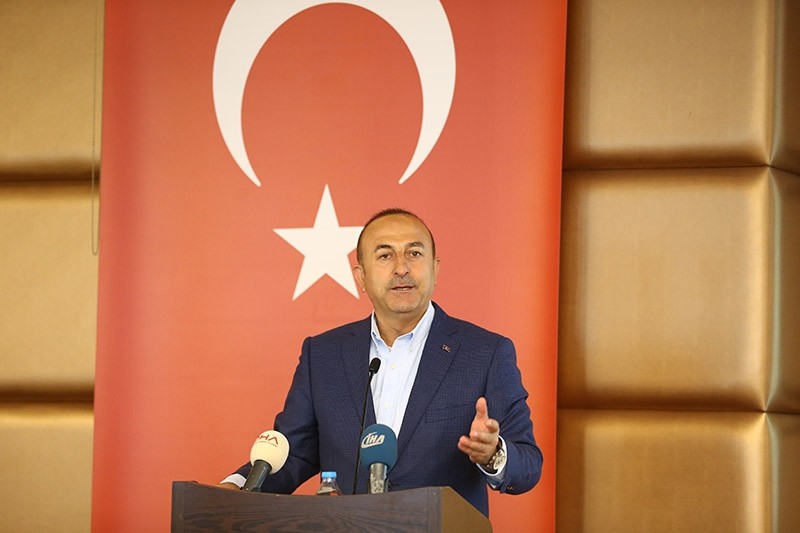 Foreign Minister Mevlüt Çavuşoğlu said Thursday that Turkey would submit its last proposal to the European Union after the upcoming April 16 referendum, aiming to end the visa liberalization issue.

Çavuşoğlu underlined that Turkey had the right to obtain the visa liberalization, as it "was part of the latest migrant deal" signed between Turkey and the European Union.

Commenting on the ongoing Cyprus issue, the foreign minister also said that despite numerous attempts from the Turkish side to solve the dispute, the Greek side did not show "sincere effort."

"We disapprove of the one-sided steps taken by the Greeks regarding natural gas and oil reserves around Cyprus," Çavuşoğlu said, adding that Turkey was ready to take steps regarding this issue, as the Greek side had not stepped back despite previous warnings.

Turkey and the EU signed a refugee deal in March 2016, which aimed to discourage irregular migration through the Aegean Sea by taking stricter measures against human traffickers and improving the conditions of nearly three million Syrian refugees in Turkey.

The deal included a 6 billion euro ($6.8 billion) aid package to help Turkey care for the millions of refugees hosted in the country. However, Turkey has so far received only 677 million euro.