Turkey’s orientation towards EU will continue to be strategic priority, FM says 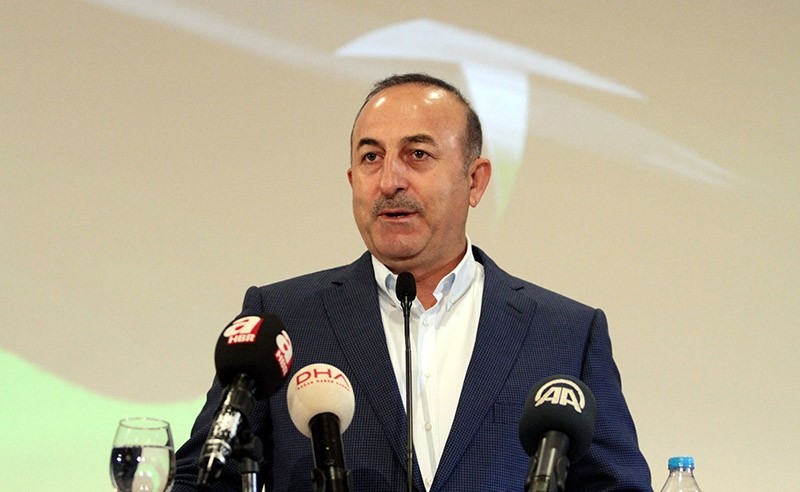 Foreign Minister Mevlüt Çavuşoğlu said in his article for the French newspaper Le Figaro that Turkey's orientation towards the European Union would continue to be a strategic priority in the future.

In the piece, Çavuşoğlu stated that relations between Turkey and the EU have recently been one of the most discussed issues in both French and European media outlets.

The foreign minister underlined that Turkey-EU relations go back a long way, starting with the 1963 Ankara Agreement and reaching its final stage with the start of the official accession talks in 2005.

Criticizing that the accession talks did not proceed as desired by Turkey, Çavuşoğlu reminded that Turkey completely fulfilled the Maastricht criteria, which even some EU member states did not meet in areas such as budget deficit and public debts.

The foreign minister also underlined that during the ruling Justice and Development Party (AK Party) term, significant reforms have been made in related areas of the Copenhagen political criteria.

Çavuşoğlu said that despite the reforms made by Turkey, some EU member states raised fabricated obstacles in order not to open further chapters as part of the accession talks, especially in the much-debated areas of justice and rule of law.

"We are not the one, who does not want to open these chapters for discussion, it is the EU," he said.

The foreign minister also underlined Turkey's significant support in bringing Europe's migrant crisis under control, adding that thanks to Turkey the irregular migration from Syria, Iraq and other countries was reduced to a minimum.

"On the other hand, EU only transferred €777 million to Turkey out of the promised €3+3 billion package," Çavuşoğlu added, saying that Turkey already spent a total of $25 billion to meet the needs of Syrian refugees in the country.

Commenting on today's constitutional referendum, the foreign minister underlined that the reform package was approved by parliamentary commission and the general assembly, as it is usual in every democratic state.

"The new constitutional package foresees a new governmental system, and not a regime change in Turkey," Çavuşoğlu said, underlining that Turkey would always be a secular, democratic and social law state.

The foreign minister also expressed Turkey's expectations from the EU to look after each other and work together for a brighter future.

Turkey applied for an EU membership in 1987, however official accession talks only began in 2005.

The negotiation talks reached a stalemate back in 2007, when Germany and France opposed Turkey's full membership.

A total of 35 policy chapters, including reforms and adaption of EU standards, need to be successfully concluded in the accession talks for Turkey to gain membership.