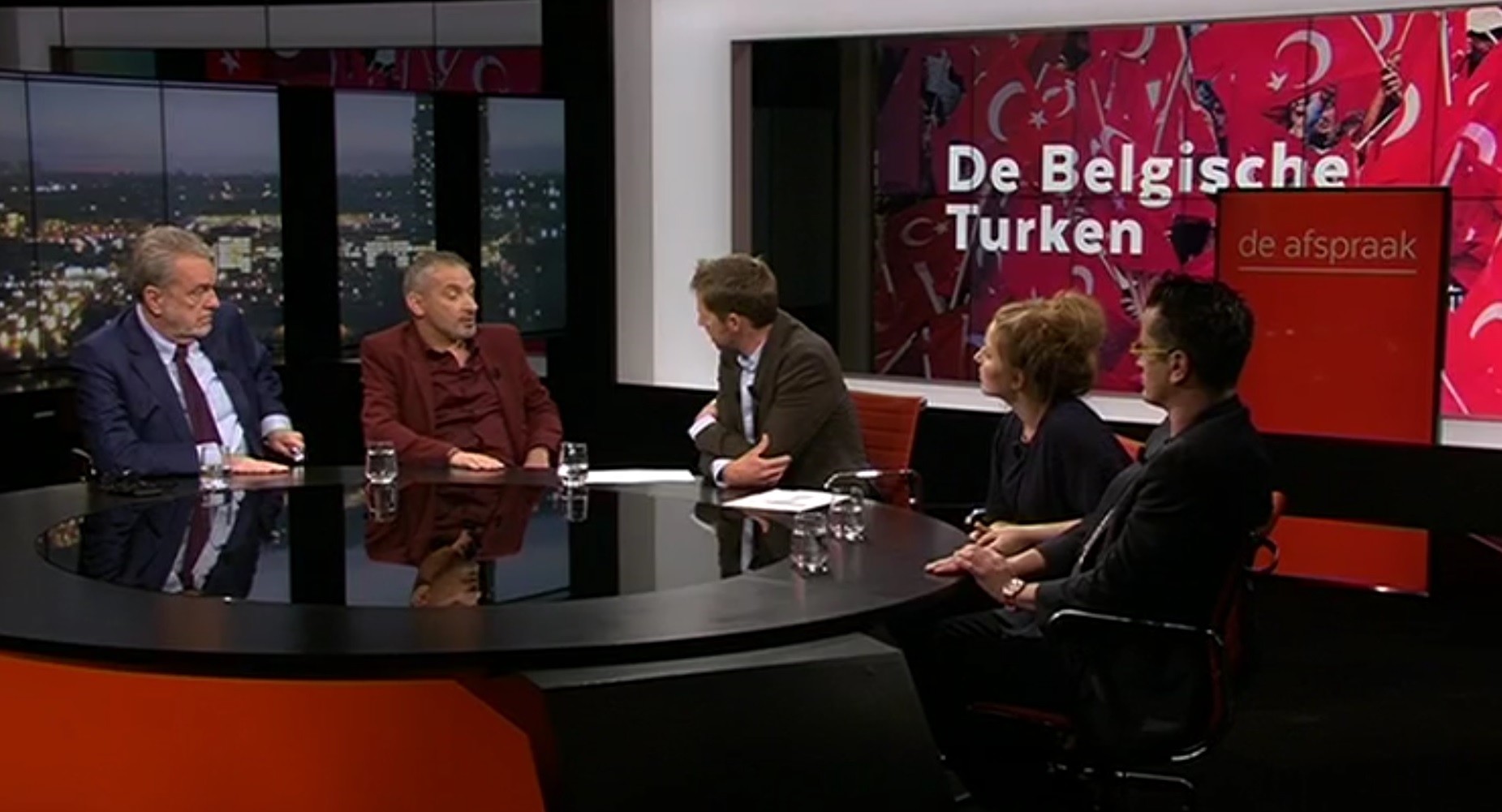 by Mehmet Solmaz Apr 20, 2017 12:00 am
Bahattin Koçak, the head of the Belgian-Turkish Friendship Association (Beltud), which is linked to the Gülenist Terror Group (FETÖ), recently attended De Afspraak, a program aired on Belgian state-run TV station Canvas. Koçak and the program host discussed the probable reasons for why the vast majority of Turks in Belgium participated in the latest referendum and why 75 percent of voters opted for the "yes" campaign. During the program, however, they made several absurd recommendations such as stopping the activities of the Directorate of Religious Affairs, adjusting satellites to block Turkey-based TV stations and prohibiting voting.

Koçak remarked that President Recep Tayyip Erdoğan made Turks living in Belgium feel connected to their Turkish identity again and suggested some measures to prevent the accentuation of Turkishness. "Over the last couple of years, the Turks living here started to develop closer bonds with Turkey. I have always pointed out that this issue needs to be analyzed. Why is this happening? What did we do wrong? By 'we,' I refer both to Turks and the Flemish government. They developed closer ties due to Turkey's political influence. Also, Erdoğan made them feel their Turkish identity again. Their feeling of belonging to the Turkish identity has been on the rise in recent years due to the imams at mosques and the politicians who pay frequent visits to the region," Koçak said.

Alleging that Turks have failed to fully integrate into the Flemish community, Koçak also argued that Turkey means a lot to Turks living abroad. "Turks in Belgium take a remarkably close interest in Turkey and we have to do something about this. Why have we tolerated the influence of Turkey for such a long time? For instance, the issue of mosques needs to be considered. Imams [in Belgium] should not be imported [appointed by the Turkish Directorate of Religious Affairs] and should be obliged to speak Belgian Dutch. Instead of importing, we should have our own national institutions." These remarks by Koçak are interpreted as an implication hinting at FETÖ's demand to control the mosques in the country and efforts to prohibit the mosques affiliated to theDirectorate of Religious Affairs. Just before the April 16 referendum, Flemish Interior Minister Liesbeth Homans started a procedure to withdraw the official recognition of the Fatih Mosque in Beringen, accusing the mosque of spying for Turkey, which was refuted by the Belgian Intelligence Agency.

During the program, the host also said that Belgian Turks predominantly follow Turkey-based newspapers and TV stations, which help them keep their close ties to Turkey. Upon that Koçak said, "Even if the satellites are blocked, there is still social media. I am not sure about how far such instruments can be prohibited."

Expressing that he did not vote in the referendum since he was afraid to face the reactions of Turkish citizens at the consulate, Koçak criticized the Turkish citizens who cast ballots. "They are so self-absorbed that they affected a referendum held 3,000 kilometers [1,864 miles] away from them instead of contributing to the policies that would directly influence their lives here," he said.

Koçak also added that people with dual citizenship can be forced to vote only in one country. "Of course, it can be banned so that the next generations of Turks living here can better adapt to this country."

Following the referendum, parliamentarians from all three coalition parties of the federal Belgian government called for an end to the dual citizenship practice. Heavily criticized for hosting the activities of FETÖ and the outlawed PKK in Europe, Belgium also witnessed the violent demonstrations of the PKK proponents after the referendum, who set fire to vehicles and organized knife attacks.
Last Update: Apr 20, 2017 2:08 am
RELATED TOPICS