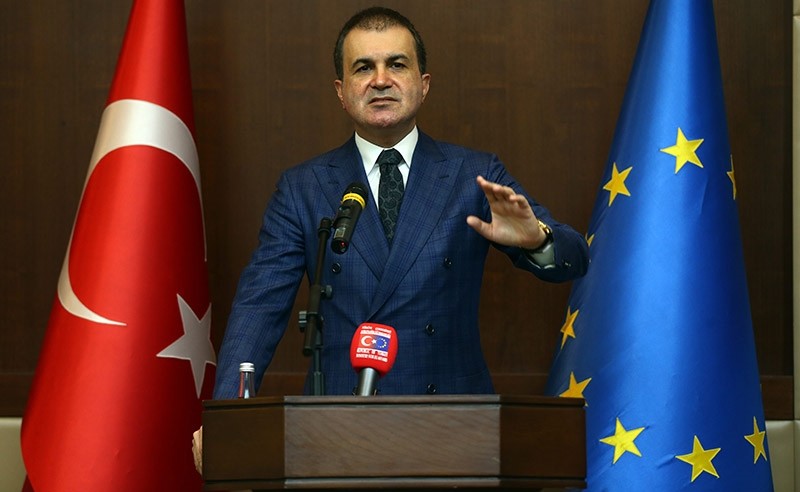 EU Minister and Chief Negotiator Ömer Çelik said Tuesday that Turkey believed in its shared values and interests with the European Union.

Çelik released a written statement to celebrate May 9 Europe Day, in which he underlined that Turkey's aim to join the union was based on democracy, human rights, peace, economic development and high living standards.

"The EU symbolizes the protection of cultural values, diversity and prosperity, and most importantly a common future based upon these ideals," Çelik said, adding that rising Islamophobia and far right ideologies in Europe were posing a big threat to these values.

Çelik called for the EU to pull away from prejudices and fears that hinder countries from developing, and instead the bloc should return to its core values.

"Turkey will be the biggest supporter of the EU in this process," Çelik said, stressing that Turkey wished to discuss cooperation instead of "concerns" with EU institutions and member states.

Meanwhile, President Recep Tayyip Erdoğan also released a written statement regarding Europe Day, in which he wished Turkey and the EU to have continued EU accession talks based on mutual respect, equality and a win-win approach.

"We aim to further improve the cooperation between Turkey and the EU in areas such as immigration, economy, energy, Customs Union and membership negotiations," Erdoğan said.

Erdoğan also emphasized that Turkey has been a historical, geographical and cultural part of Europe for centuries, adding that far right sentiments and policies were damaging Turkey-EU relations.

The president also warned the EU that far-right political parties were also affecting the socio-political lives of its citizens.