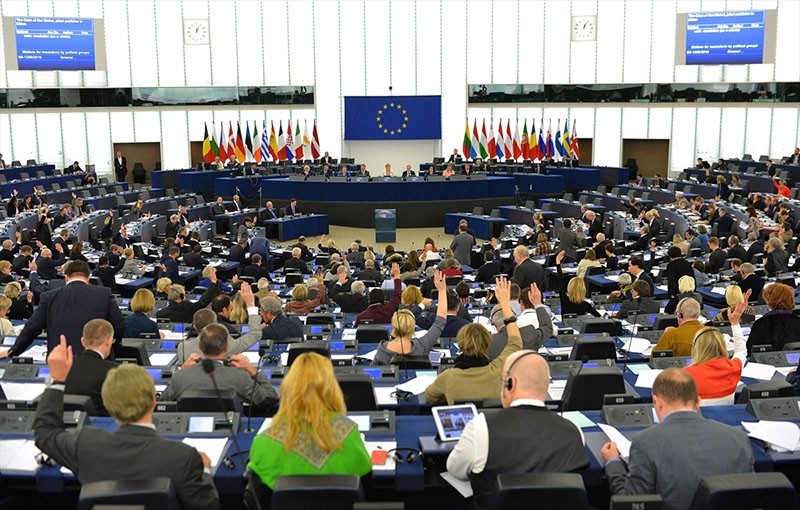 The European Parliament's harshly criticized decision to prohibit the distribution of Daily Sabah at parliamentary sessions has been overturned following diplomatic talks and the support of EP lawmakers.

Speaking to Daily Sabah, an official from the EP Distribution Centre confirmed the repeal of the circulation ban and said, "I confirm that you are invited to come with your newspaper and we will resume distributing it."

The decision was approved in March by EP President Antonio Tajani after a Dutch member of parliament admitted that he sought a ban with a story published by a different news outlet. The hate campaign was launched by Jeroen Lenaers (R), a Christian democrat and Dutch member of parliament, when he sent a letter to President Tajani. Lenaers pointed out a story titled "Gülenist Terror Group (FETÖ) network in Holland," and claimed well-known Gülenist Turan Yazır and other FETÖ members were being targeted by Daily Sabah. However, the story in question was not published by Daily Sabah but the web team of its sister newspaper, Sabah.

When asked why Lenaers wanted a ban on the distribution of Daily Sabah, his press adviser Dirk Gotink told Daily Sabah, "It is clear from our comments to the press isn't it?" and pointed out the stories in the Dutch media, all of which brought accusations by Lenaers that Daily Sabah targeted some Dutch citizens of Turkish origin. After explaining that the story was not Daily Sabah's, Lenaers stopped making the claim that led President Tajani to make a decision that has been interpreted by many as a "blow to press freedom."

Lenaers later came up with another reasoning, saying he finds it "unfit for the Parliament services, paid with European taxpayers' money, to facilitate the distribution of" Daily Sabah, and pointed to one of its columnists' article in which the columnist is criticizing the Dutch prime minister for his physical attack on Turkish journalists, diplomats and citizens in Rotterdam. Daily Sabah Editor-in-Chief Serdar Karagöz said the opinions of the columnists are their own views and checking out Daily Sabah editorials would give an insight on where the paper stands.

When Daily Sabah asked Lenaers whether he is willing to work toward reversing the ban if his accusations are proved to be wrong, he said, "There is no need to reverse any decision."

President Recep Tayyip Erdoğan previously addressed the ban while he was speaking at a rally in western Denizli province. "They prevented it from reaching the MEP's . You said there was freedom of press [in Europe]. Why did you ban it? You will give us an explanation for this," he said.