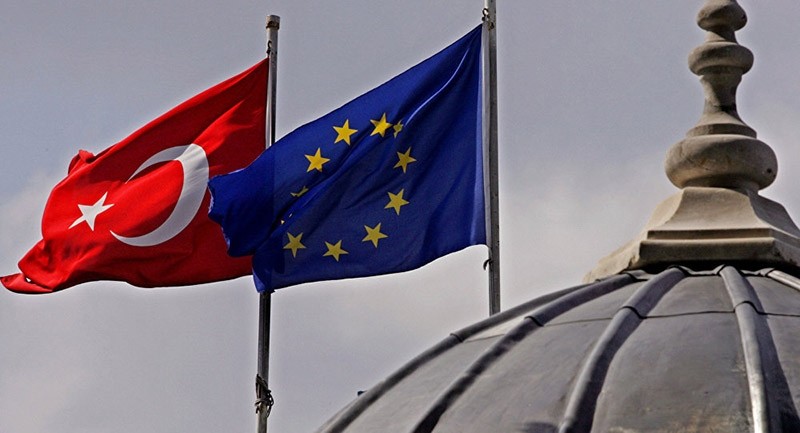 The migrant deal struck by Turkey and the EU will likely survive political tensions between the two parties, if Brussels ensures timely and unhindered delivery of aid promised, a new report published last week said.

The report, "EU-Turkey Refugee Agreement: Too Big to Fail," released by Washington-based think tank SETA DC, indicates that despite political turmoil neither Turkey nor the EU has backed away from the agreement since its initiation in March 2016.

The report says: " Ankara also knows that even as it is frustrated by stymied progress toward visa liberalization, walking away from the agreement would close the door entirely on its bargaining powers. For Europe, which is still struggling to handle the number of migrants already within its borders, the Joint Action Plan, (JAP), continues to be its best option for stemming further refugee influxes from Turkey."

The EU promised Turkey 3 billion euros in aid for Syrian refugees currently living in Turkey through humanitarian projects. The Turkish government says Brussels has yet to deliver on its word. Since the deal came into effect, almost 75 percent of the 3 billion euros for 2016-2017 has been allocated, but only 25 percent had been disbursed, according to the report.

"It would be wise for Brussels to ensure timely and unencumbered delivery of aid promised under JAP," researcher Lesley Dudden and Dr. Kadir Üstün recommended.

The Turkish Coast Guard Command data says the mechanism established by Turkey and the EU more than halved the number of intercepted or saved irregular migrants from Turkey to Greece between 2015 and 2016, decreasing from 91,611 to 37,310.

In return for the deal, the EU said it would open two chapters in the Turkey-EU accession negotiations, if funding is provided for refugees and visa-free travel for Turkish citizens to Europe is granted. Ankara is not content with the EU's lack of reliance on these promises.