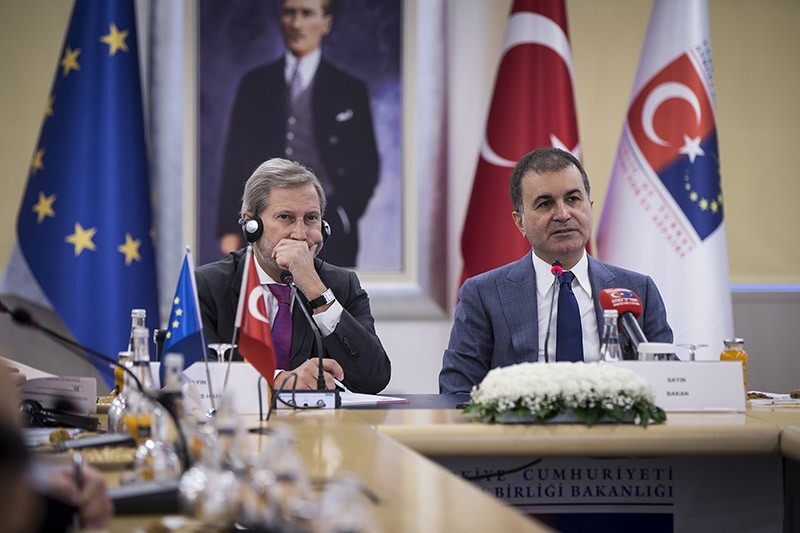 "The backbone of the relationship between Turkey and the EU is accession negotiations," Çelik said, before Members of the European Parliament (MEPs) vote for 2016 Commission Report on Turkey.

Çelik highlighted that the democratic solidarity should be at the top of the agenda, but the bloc has failed to display it following the coup attempt in Turkey.

"We have not received any serious support from the European Parliament in regards to terrorist threats and the [July 15] coup attempt… the EU has made wrong decisions so far," he stated, adding that the Turkey-EU alliance was very important for the region.

Last year's deadly coup on July 15, undertaken by Gülenist Terror Group (FETÖ) operatives within the military, failed due to serious public backlash.
The government declared a state of emergency a few days later, allowing the firing of tens of thousands of public servants linked to the terrorist group. The government has also set up a commission to review objections to the firings.

Turkey has criticized the bloc for failing to show solidarity with the country, and also for offering asylum to FETÖ-linked coup perpetrators.

Çelik added that Turkey will continue to strive to open more chapters in EU accession negotiations.

The 2016 Commission Report on Turkey calls on EU member states to suspend Turkey's accession talks without delay in the case that the constitutional reforms passed in the April 16 referendum are implemented.
Last Update: Jul 06, 2017 6:56 pm
RELATED TOPICS