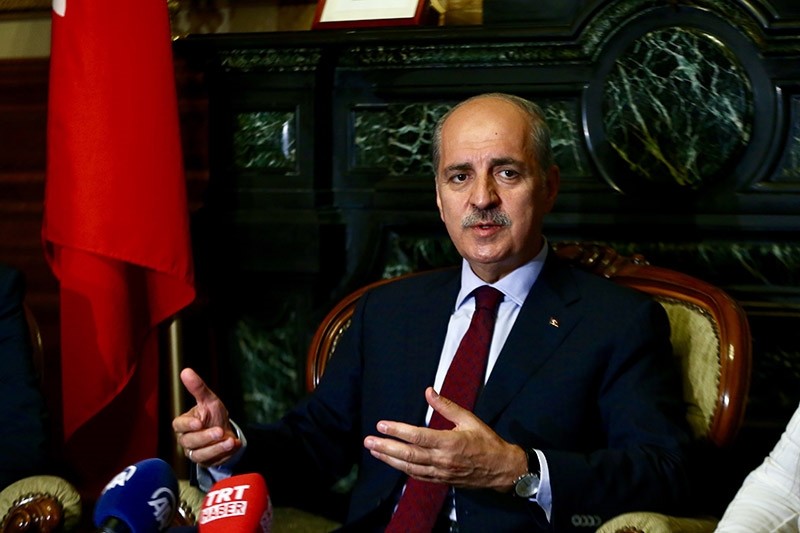 Europe is being tested on EU-Turkish ties due to its recent xenophobic and racist approach, Deputy Prime Minister Numan Kurtulmuş said Wednesday.

Speaking during a visit to Turkey's EU permanent representation in Brussels, Kurtulmuş said there had been some radical changes in the overall attitudes of European countries.

Stating that ties between Turkey and EU have had ups and downs, sometimes near the breaking point and sometimes at the brink of membership, Kurtulmuş said Turkey would sustain its relations with EU "somehow."

"In recent times we have been experiencing a number of additional problems that have not arisen from the institutional structure of the EU, which is a radical change in the general attitude and style of European politics. This is not only poisoning Turkish-EU relations, but also poisoning Europe's future," Kurtulmuş said.

Turkey applied for EU membership in 1987, and its accession talks began in 2005.

Negotiations hit a stalemate in 2007 over the Cyprus issue. The German and French governments also opposed Turkey's full EU membership.

To gain membership, Turkey has to successfully conclude negotiations with the EU in 35 policy chapters that involve reforms and the adoption of European standards.