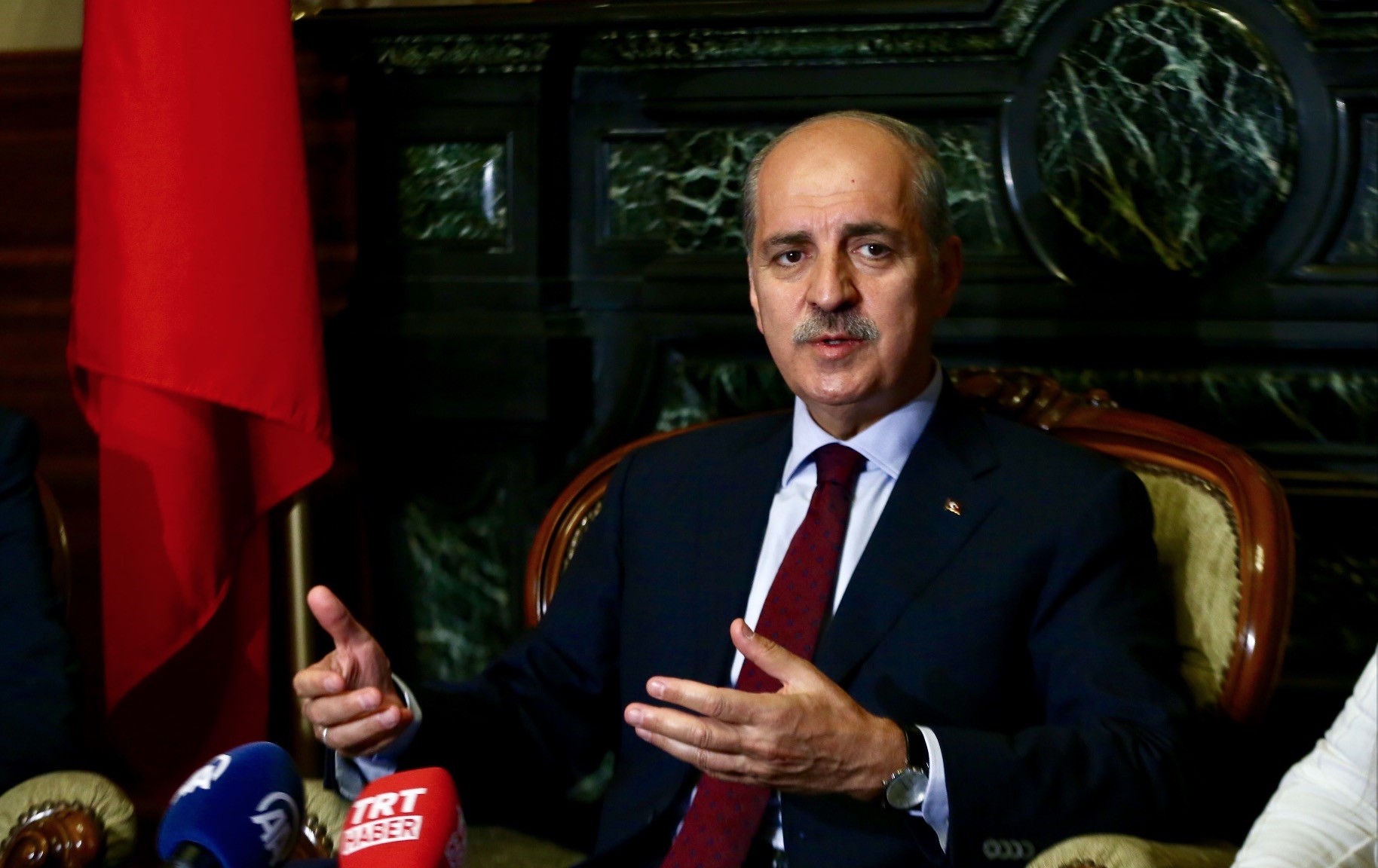 Following his attendance at a program in Brussels in commemoration of Turkey's July 15 coup attempt, Deputy Prime Minister Numan Kurtulmuş paid a visit to European Parliament (EP) President Antonio Tajani. Speaking to the press at the Turkish Embassy in Brussels, Kurtulmuş said that Ankara has categorically rejected the annual EP report, saying it is "non-binding" and "insulting." The report calls for the immediate suspension of EU accession negotiations with Turkey. "In return for Turkey's transparent display of good intentions, the rejection of this report at the EP was something like an act of friendship," Kurtulmuş said, adding that both Tajani and European Commission Vice President Frans Timmermans agreed to accelerate dialogue in order to decrease the amount of disagreements.

Explaining that the meetings began with a discussion on the Gülenist Terror Group's (FETÖ) coup attempt, Kurtulmuş said the "heroic" July 15 victory is a gain for both Turkey and European democracy. He called on European countries to stop the FETÖ activities in those countries and urged for cooperation in the fight against the terrorist group.

According to Kurtulmuş, Turkey is ready to fulfill the remaining benchmarks needed for visa liberalization, adding that the EU should also adopt a positive attitude regarding the matter. Ankara rejects the EU demands that it revise its counterterrorism laws in line with EU standards in return for visa-free travel to the bloc's Schengen zone, citing the fight against various terrorist groups at home and abroad, making concessions impossible.

Kurtulmuş expressed Ankara's dissatisfaction with the pro-PKK activities that take place at the EP, including the symbols of the terrorist organization placed on exhibition at local galleries and PKK posters seen waved at conferences across Europe. Some EP members have openly posed with PKK emblems and have been seen praising the terrorist organization, Ankara argues.

Speaking during Wednesday's program hosted by the Union of European-Turkish Democrats (UETD), Kurtulmuş said there had been some radical changes in the overall attitudes of European countries. "Europe cannot maintain such racist, xenophobic, anti-immigrant, anti-Islamic and anti-Turkish attitudes. Europe is being tested regarding its EU-Turkish relations," he said.

Recalling that ties between Turkey and the EU have seen their ups and downs, sometimes nearing the breaking point and sometimes reaching the brink of Turkish membership in the bloc, Kurtulmuş said that Ankara would sustain its relations with Europe "somehow."

"In recent times, we have encountered a number of additional problems that have arisen not from the institutional structure of the EU, but from the radical change in the overall style and sentiment of European politics. These shifts are not only poisoning Turkish-EU relations, but also Europe's future. Growing racism, xenophobia and Islamophobia also influence other countries and fuel various political movements across Europe."